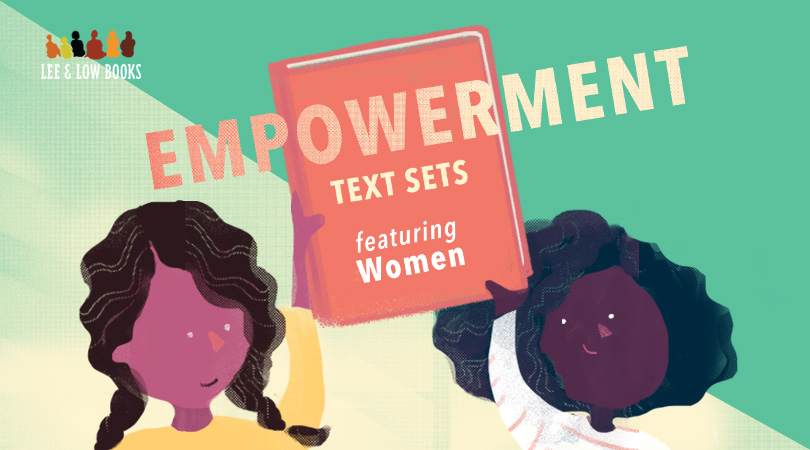 March is Women’s History Month and while we believe that the accomplishments of women should be celebrated all the time, today we wanted to specifically highlight children’s books that feature women who have made significant contributions in the fields of science, technology, engineering, art, and math.

Below are ten women that we think you should celebrate and know more about! END_OF_DOCUMENT_TOKEN_TO_BE_REPLACED

“She was warned. She was given an explanation. Nevertheless, she persisted.”–Senate Majority Leader Mitch McConnell barring Senator Elizabeth Warren from speaking

Lee & Low Books is proud to publish stories of women who refused to be silenced.

END_OF_DOCUMENT_TOKEN_TO_BE_REPLACED

In honor of Women’s History Month, we’ve rounded up ten of our books that feature some amazing women of color! From a baseball player to an American politician, these women have helped pave the way for many others.

END_OF_DOCUMENT_TOKEN_TO_BE_REPLACED

March is Women’s History Month! It’s never a bad time to learn about the contributions that women have made and continue to make. In honor of Women’s History Month, we’ve put together a list that features some of our favorite historical ladies and great fiction for children and older readers!

END_OF_DOCUMENT_TOKEN_TO_BE_REPLACED END_OF_DOCUMENT_TOKEN_TO_BE_REPLACED

Continuing our entries for Women’s History Month, we asked the talented writer and producer Paula Yoo (author of Shining Star: The Anna May Wong Story, Sixteen Years in Sixteen Seconds: The Sammy Lee Story) about whether women of color in Hollywood still face the same challenges that Anna May Wong once did. Here’s what she had to say:

“It’s a pretty sad situation to be rejected by [the] Chinese because I’m ‘too American’ and by American producers because they prefer other races to act Chinese parts.”— Anna May Wong, quoted from James Parish and William Leonard’s Hollywood Players: The Thirties (New Rochelle, New York: Arlington House Publishers, 1976, pp. 532–538)

Anna May Wong dreamed of becoming a famous movie star in Hollywood. As a child working in her family’s laundry in downtown Los Angeles, Anna was often distracted by movies being filmed on location. While dropping off her customers’ clean laundry, Anna would hover nearby on the sidewalk to observe the actors, directors, and camera crews.

Anna, however, had no idea that she would also become a pioneer for actors of color, thanks to her determination to overcome the discrimination she faced in the 1930s as one of the few actresses of color in the industry. Like many struggling actors, Anna was forced to accept certain roles she found demeaning (and even racist) because the competition was so fierce in Hollywood.

END_OF_DOCUMENT_TOKEN_TO_BE_REPLACED

Since it’s Women’s History Month and baseball season is right around the corner (!), we asked our favorite sports expert, author Crystal Hubbard, whether she thought women should be allowed to play professional baseball. Here’s what she had to say:

Pitcher Jackie Mitchell signed a contract to play for the Chattanooga Lookouts, a Southern Association minor league team, in 1931. This deal differed from most because Mitchell wasn’t like the other boys. She wasn’t a boy at all. She was a woman, one of the very few to play professional baseball on all-male teams. Although Mitchell struck out Babe Ruth and Lou Gehrig in an April 2, 1931 exhibition game against the New York Yankees soon after signing with the Lookouts, baseball commissioner Judge Kennesaw Mountain Landis canceled Mitchell’s contract, claiming that baseball was too strenuous for women. Commissioner Ford Frick, on June 21, 1952, officially banned women from professional baseball.

END_OF_DOCUMENT_TOKEN_TO_BE_REPLACED

In honor of Women’s History Month (and International Women’s Day, which is today!), we’ve pinned a roundup of our titles that feature some pretty amazing women on Pinterest. Check out our board and be inspired to make your mark in history!

END_OF_DOCUMENT_TOKEN_TO_BE_REPLACED

Who We Are
Requesting Review Copies
Lee & Low Books
END_OF_DOCUMENT_TOKEN_TO_BE_REPLACED