Continuing our entries for Women’s History Month, we asked the talented writer and producer Paula Yoo (author of Shining Star: The Anna May Wong Story, Sixteen Years in Sixteen Seconds: The Sammy Lee Story) about whether women of color in Hollywood still face the same challenges that Anna May Wong once did. Here’s what she had to say:

“It’s a pretty sad situation to be rejected by [the] Chinese because I’m ‘too American’ and by American producers because they prefer other races to act Chinese parts.”— Anna May Wong, quoted from James Parish and William Leonard’s Hollywood Players: The Thirties (New Rochelle, New York: Arlington House Publishers, 1976, pp. 532–538)

Anna May Wong dreamed of becoming a famous movie star in Hollywood. As a child working in her family’s laundry in downtown Los Angeles, Anna was often distracted by movies being filmed on location. While dropping off her customers’ clean laundry, Anna would hover nearby on the sidewalk to observe the actors, directors, and camera crews.

Anna, however, had no idea that she would also become a pioneer for actors of color, thanks to her determination to overcome the discrimination she faced in the 1930s as one of the few actresses of color in the industry. Like many struggling actors, Anna was forced to accept certain roles she found demeaning (and even racist) because the competition was so fierce in Hollywood.

END_OF_DOCUMENT_TOKEN_TO_BE_REPLACED

I was reading an article about women’s roles in the United States military and was surprised to learn that regulations still prohibit women from serving in combat. The wars in Iraq and Afghanistan have blurred the lines of warfare to such a degree that women have found themselves, despite the rules that forbid it, fighting alongside men for the first time. The women have proven themselves to be tenacious soldiers and they have earned many medals of valor.

END_OF_DOCUMENT_TOKEN_TO_BE_REPLACED

What We Will Do:

1. Edit:
Our books are pondered, nurtured, and meticulously edited. Call us old school, but we take the time to really edit books. Several people’s opinions are solicited. We have found this collaborative effort results in books that stand the test of time and are appreciated by readers for many years after publication.

2. Celebrate Unsung Heroes:
While we certainly recognize the contributions of legends like Dr. Martin Luther King, Jr., Malcolm X, and Gandhi, we also think it is important to acknowledge the contributions of lesser-known heroes. We have published books about Anna May Wong, Paul Robeson, Peg Leg Bates, and John Lewis, to name just a few, and we will continue to tell the stories of courageous people whose lives and actions deserve recognition.

END_OF_DOCUMENT_TOKEN_TO_BE_REPLACED 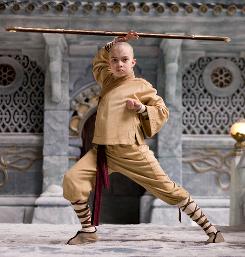 published on January 29, 2009, by The Daily Pennsylvanian states, “In the world of acting, not all colors are created equal—or at least that’s how many people feel when ethnic roles are ‘whitewashed,’ or cast with white actors. Casting for extras in M. Night Shyamalan’s Avatar: The Last Airbender took place last Saturday at the Spectrum, where protesters accused casting

END_OF_DOCUMENT_TOKEN_TO_BE_REPLACED

Who We Are
Requesting Review Copies
Lee & Low Books
END_OF_DOCUMENT_TOKEN_TO_BE_REPLACED