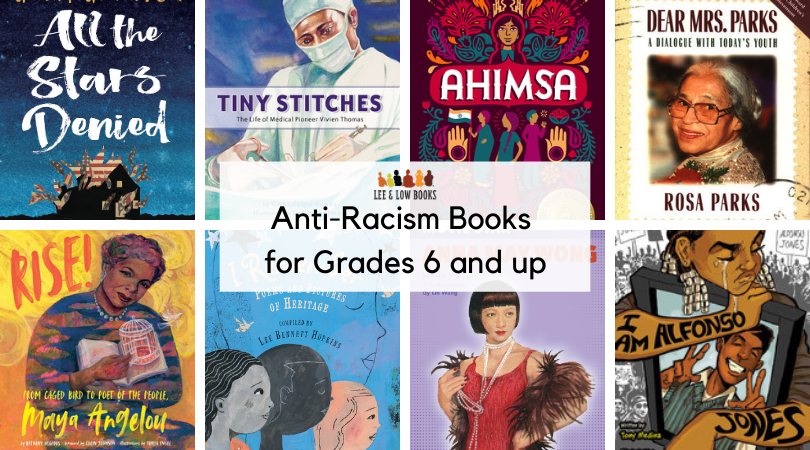 Are you looking to add anti-racist books to your library but don’t know where to start? Have you been thinking about how to have meaningful conversations with young people about race, but lack confidence in how to begin? The books in our Anti-Racism Reading List will help you take the first steps or continue the critical discussions about anti-racism work relevant to your setting.

In this blog post, we’ve rounded up books from our anti-racism reading list for grades 6 and up. You can find more of our anti-racism titles in our Anti-Racism Diverse Reading List and the corresponding book collection.

END_OF_DOCUMENT_TOKEN_TO_BE_REPLACED

What We Believe: A Black Lives Matter Activity Book is a collaboration between Laleña Garcia and Caryn Davidson, both professional educators and activists with the Black Lives Matter at Schools NYC organizing group. Learn the story behind What We Believe here and how the author and illustrator define activism and allyship in the first two installments.

Today, in the third installment of our conversation, Laleña and Caryn share tips and suggestions for educators who face institutional opposition when bringing learning about BLM, social justice, and activism into their classrooms: END_OF_DOCUMENT_TOKEN_TO_BE_REPLACED

What does it mean to be anti-racist? Several definitions exist, but Ibram X. Kendi’s embodies the actionable steps behind anti-racist work: “The only way to undo racism is to consistently identify and describe it– and then dismantle it.” END_OF_DOCUMENT_TOKEN_TO_BE_REPLACED

Earlier this week, Literacy Specialist Katie Potter joined EmbraceRace in conversation about how to find and share books that develop kids’ racial and social justice sensibilities and help them become the community members our increasingly multiracial democracy needs.

If you missed the webinar live (or just want to watch it again), you can watch the recording of the webinar here.

We’re offering 20% off and free shipping* for webinar registrants through December 11! Just visit the Lee & Low website and use the code EMBRACERACE at checkout.

Not sure where to begin? Start with these booklists featured in the webinar:

Books that inspire resilience in kids of color
Books that encourage kids of all colors to be inclusive and empathetic
Books that support kids to think critically about racial inequity
Books that animate kids (and adults!) to be racial justice advocates for all kids

For more about using books to engage kids in conversation about differences, click here for Katie’s tip sheet.

About EmbraceRace: EmbraceRace is a multiracial community of parents, teachers, experts, and other caring adults who support each other to meet the challenges that race poses to our children, families, and communities.

Have additional questions or comments? Please leave them below in the comments!

*Free shipping on US addresses only. Coupon code not valid on Bebop Books titles and full collections. 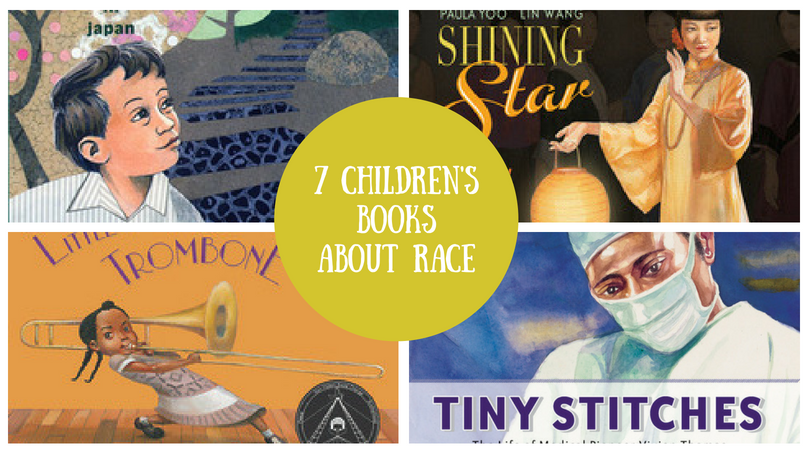 It can be difficult to talk to children about tough topics. From bullying and prejudice, to discrimination and racism, children’s books have helped to facilitate these difficult conversations in an accessible and meaningful way. Below we’ve compiled  seven of our many books that will help children come away with a better understanding of these complex issues and the world around them.

Don’t forget to round out your collection with our list of 10 diverse picture books that are not about oppression!

END_OF_DOCUMENT_TOKEN_TO_BE_REPLACED

The month of February is a time when many communities pause and celebrate the great contributions made by African Americans in history. At Lee & Low we like to not only highlight African Americans who have made a difference, but also explore the diverse experiences of black culture throughout history, from the struggle for freedom in the South and the fight for civil rights to the lively rhythms of New Orleans jazz and the cultural explosion of the Harlem Renaissance. END_OF_DOCUMENT_TOKEN_TO_BE_REPLACED

In August we wrote to you about the death of Michael Brown in Ferguson, Missouri. Our publisher said then that the matter of representation was urgent; now, four months later, we see that urgency for what it is: a matter of life or death. Michael Brown’s name now sits alongside new names like Eric Garner, Tamir Rice, and Akai Gurley. How many more names will need to be added before things change?

END_OF_DOCUMENT_TOKEN_TO_BE_REPLACED

The following is a note from our Publisher, Jason Low, published in this month’s e-newsletter:

It’s been a hard few weeks for those of us following the news out of Ferguson, Missouri. While the exact details of Michael Brown’s death remain unknown, we can already see how this latest incident fits into a larger narrative in this country in which people of color are routinely discriminated against and subject to violence based on the color of their skin. Healing and change cannot begin until we as a country acknowledge the role racism plays not just in events like Michael Brown’s death, but in the everyday lived experiences of the 37% of America that is not white.

END_OF_DOCUMENT_TOKEN_TO_BE_REPLACED

Shana Mlawski is a native New Yorker who writes educational materials and tutors middle and high school students. She has written more than a hundred articles for the pop culture website OverthinkingIt.com, some of which have been featured in The Atlantic Monthly, The Guardian, The Huffington Post, and Ms. magazine. Her first novel, Hammer of Witches, was published by Tu Books in 2012.

Bring up FOX’s Sleepy Hollow and you’ll probably get one of two reactions. The first is, “OMG, guys: black people! On network television! And there’s a Hispanic guy! And John Cho! It’s almost like TV has finally entered the twenty-first century.”

Both reactions work for me. Sleepy Hollow does have an impressively diverse cast: of the eight major characters in its lineup, five are people of color (POC). More importantly, the main character is a woman of color.

As for the claim of ridiculousness… well, watch this:

What’s most interesting to me is how the two reactions intersect. That Sleepy Hollow is racially diverse doesn’t make it unique. Want a show that isn’t all white people all the time? You can watch Scandal or Elementary. But Sleepy Hollow is something different, something rarely seen on mainstream television: a program with a non-white lead that is also a work of camp.

In her famous “Notes on Camp,” Susan Sontag defined the genre as “art that proposes itself seriously, but cannot be taken altogether seriously because it is ‘too much.’” Not a bad definition for a show that features a Headless Horseman carrying a machine gun. Sleepy Hollow takes itself seriously enough that it can quote Milton and Edmund Burke with a straight face, but its heroes also exclaim things like, “The answers are in George Washington’s Bible!” It may not be John Waters, but that sounds campy to me.

END_OF_DOCUMENT_TOKEN_TO_BE_REPLACED

If you’ll be at ALA in Chicago this year, please join Lee & Low Books and Cinco Puntos Press for a special ALA Book Buzz session on Monday morning:

END_OF_DOCUMENT_TOKEN_TO_BE_REPLACED

Who We Are
Requesting Review Copies
Lee & Low Books
END_OF_DOCUMENT_TOKEN_TO_BE_REPLACED