Before we launch into this week’s roundup of race and diversity links, I’d like to make a plea: help your local library. Many around the country are facing massive budget cuts, so let your elected officials know that your library is important. New Yorkers, NYPL has a handy form to help you contact your City Council member and the mayor, in the hopes of preventing massive service cuts, including closing ten branches and limiting the library to four open days per week.

White people adopting children of color is discussed relatively often, but Charles Mudede looks at the other side: what it says when a black person adopts a white child.

The New York Times brings us a great story about Chinese teachers coming to the United States, and learning as much about the U.S. as they teach about China.

The Supreme Court is, of course, big news lately. ColorLines brings us a Fantasy Supreme Court, nine passionate legal scholars who happen to be a picture of diversity, and many of whom have worked on race issues. And according to a recent poll, the public overwhelmingly says that a nominee being black, female, protestant, or gay is not a factor. 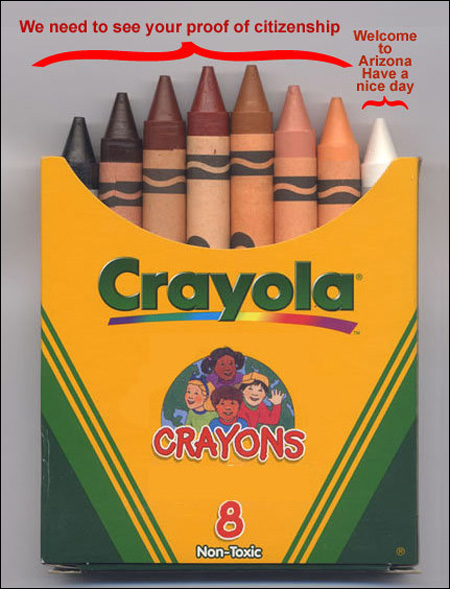 2 thoughts on “This Week in Diversity: Arizona, the Supreme Court, and Crayons”

Who We Are
Requesting Review Copies
Lee & Low Books
END_OF_DOCUMENT_TOKEN_TO_BE_REPLACED