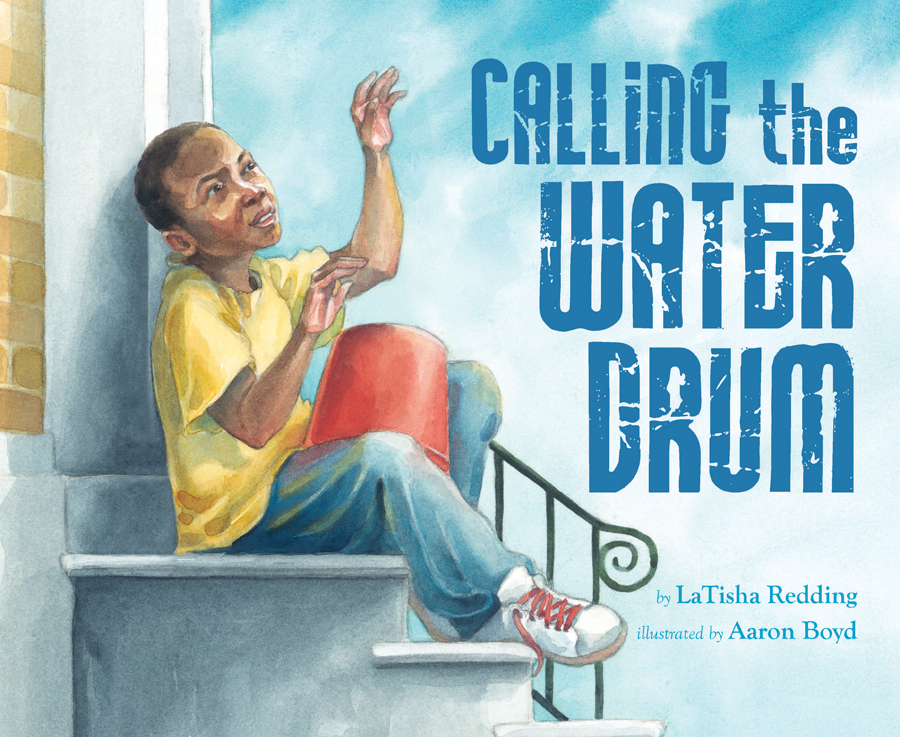 In Calling the Water Drum, Henri and his parents leave their homeland, Haiti, after they receive an invitation from an uncle to come to New York City. As they attempt to flee Haiti in a boat, Henri loses his parents out at sea, and after his loss can only communicate with the outside world through playing his drum. In this interview, author LaTisha Redding discusses how she tackles heavy themes in children’s books and what inspired her to write Henri’s story.

CALLING THE WATER DRUM features tough themes such as loss and grief. How were you able to tackle such tough topics in this story?

Loss and grief are part of life even when you’re young and children experience these things, just like adults. Certainly a six-year old doesn’t have the vocabulary to say, “I’m depressed because this happened to me.” So I wanted to know how could this child, Henri, express the trauma that he has experienced. I explored that question with the story.

What inspired you to write Henri’s story?
I had an image of Henri in my head for several months, playing his drums with intensity. I also had a separate idea about a child coping with grief. I thought about the image and the idea separately for some time. It’s only when I asked myself—why is this boy playing the drums so intently? Why was this other child grieving? How could he express his grief? —that I wove the two ideas together. After that, I discovered other parts to the story.

Since drumming became a link to Henri’s past and a vessel for his emotions, do you think the creative arts plays an important role in a child’s life?
Yes, I do. The creative arts whether painting, music, dance or storytelling are a doorway to children learning about themselves, their world and their place in it. It deepens their imagination and engages them physically. It’s not just them sitting and listening to the adult talk; creativity is a hands-on experience. It’s molding the clay, mixing paint colors, practicing the scales on a piano or perfecting the posture in dance. Plus children love to discover things and create things. It’s play to them and that is what the creative arts are about.

What impact do you think CALLING THE WATER DRUM will have on kids who have never been exposed to the topic of immigration? Also, what do you hope readers will take away from Henri’s story? The landscape of the immigration experience, with its different cultures, languages, economic and political histories, is vast and varied. For children who don’t know about immigration or understand what it means, CALLING THE WATER DRUM allows them to see one aspect of immigration and to see it from a child’s point of view. Stories are powerful. They help shape us, help us cope and maybe accept the incomprehensible. Henri’s story is painful, yes, and it’s full of hope too. The hope and determination for something better is what I’d like to leave with readers.

LaTisha Redding makes her picture book debut with Calling the Water Drum. She was inspired to write this story based on the memories of some of her Haitian friends’ stories of how they arrived in the United States. This book is a tribute to everyone who has courageously set forth with hope to start a new life in a new country. Redding lives in the sunshine state, Florida.

One thought on “Interview: Author LaTisha Redding on Immigration, Grief, and the Healing Power of Art”

Who We Are
Requesting Review Copies
Lee & Low Books
END_OF_DOCUMENT_TOKEN_TO_BE_REPLACED