LEE & LOW BOOKS celebrates its 25th anniversary this year and to recognize how far the company has come, we are featuring one title a week to see how it is being used in classrooms today, as well as hear from the authors and illustrators. Today we’re featuring one of our recent favorites, Juna’s Jar! Published in 2015, this sweet story with universal appeal and a touch of magical realism received widespread acclaim and continues to resonate with readers of all ages.

Synopsis: Juna and her best friend, Hector, love to go on adventures in the park, collecting things to put in Juna’s empty kimchi jars. But then one day Hector unexpectedly moves away, and Juna is left wondering who will play with her. With the help of her special jar, Juna searches for her friend the world over. What Juna finds is that

adventure—and new friends—can be found in the most unexpected places.

Winner of Lee & Low’s New Voices Award, Juna’s Jar is a heartwarming and whimsical celebration of friendship and the power of imagination.

In an article for Great Schools, author Jane Bahk writes about sadness in Juna’s Jar and “why it’s better for my daughter to feel sad than fine”:

When some early reviews stated that Juna’s Jar was sad, I cringed. I worried that parents wouldn’t give the book a chance if they think it’s sad. Parents want books that will make their kids laugh, not cry. Research bears out my assumptions; according to Scholastic’s report, the Kids & Family Reading Report, 70 percent of parents say they look for books that will make their kids laugh.

I also love when a book can make my kids burst into giggles, but it touches my heart even more when a story can make them feel. When I first read Juna’s Jar to my 4-year-old son, he always stopped me on the part where Juna is devastated because her best friend moves away. He wanted something more from me on this page. He stared at me intently and waited for explanations and words of comfort. The fact that he empathized with Juna made me feel successful as a writer and relieved as a mother.

Resources for teaching with Juna’s Jar: 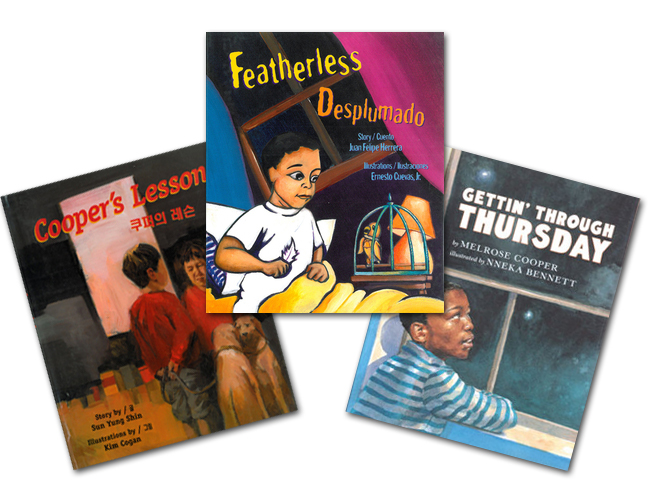 Check out our Social and Emotional Learning Collection!

How have you used Juna’s Jar? Let us know!

Who We Are
Requesting Review Copies
Lee & Low Books
END_OF_DOCUMENT_TOKEN_TO_BE_REPLACED