A new year means a new chance to get to all the things you didn’t get to last year. And by “things,” what we really mean is BOOKS. We also know that reading diversely doesn’t happen by accident; it takes a concerted effort to read a wide range of books.

So, we thought we’d help on both counts by offering up a list of the diverse authors we’re resolving to read in 2015. Some are new, and some have just been on our list for years. This is the year we plan to get to them – perhaps this will be your year, too? Ink and Ashes is Tu Books’ first New Visions Award winner! This debut novel follows a Japanese American teen named Claire Takata. After finding a letter from her deceased father, she opens a door to the past that she should have left closed.

The prequel, Rose Eagle, follows seventeen-year-old Rose of the Lakota tribe.  After her aunt has a vision, Rose goes on a quest to the Black Hills and finds healing for her people.

Everyone’s talking about Brown Girl Dreaming, Jacqueline Woodson’s memoir in verse about her childhood in the American South and in Brooklyn that recently won the 2014 National Book Award for Young People’s Literature. But have you read it yet?

Her other novels include Miracle’s Boys and If You Come Softly. 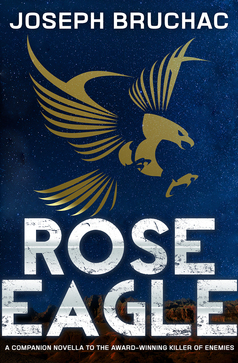 In this debut novel, Kristen, has a seemingly ideal life. She’s just been voted homecoming queen and is a champion hurdler with a full scholarship to college. Everything unravels when Kristen and her boyfriend decide to take it to the next level, and Kristen finds out she’s intersex. Somehow her secret is leaked to the whole school.

6. Edwidge Danticat, The Farming of Bones

This novel covers the Parsley Massacre of 1937 in Dominican Republic. Anabelle Desir and her lover Sebastien, decide they will get married at the end of the cane season and return to Haiti. When the Generalissimo Trujillo calls for an ethnic cleansing of the country’s Haitians, Anabelle and Sebastien struggle to survive.

7. Eric Gansworth, If I Ever Get Out of Here

Lewis “Shoe” Blake, a boy growing in the Tuscarora Indian Reservation in upsate New York in 1975, isn’t used to white people like George Haddonfield being nice to him. Lewis is also the target of the bully Eddie Reininger. Will George still be Lewis’s friend when he finds out the truth of how Lewis actually lives?

Alex Sanchez’s debut novel follows three boys, Jason Carrillo, Kyle Meeks, and Nelson Glassman, as they struggle with their sexualities and their friendships.

Masako Katori lives with her dead-beat husband in the suburbs of Tokyo, where she makes boxed lunches in a factory. After violently strangling her husband, she uses the help of coworkers to cover her crime.

10. Guadalupe Garcia McCall, Summer of the Mariposas and Under the Mesquite 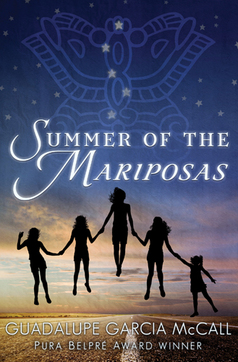 Summer of the Mariposas is a retelling of the Odyssey set in Mexico. When Odilia and her sisters find the body of a dead man in the Rio Grande, they decide to take his body back to Mexico.

In Under the Mesquite Lupita is an aspiring actress and poet, and the oldest of 8 siblings. When Lupita’s mother is diagnosed with cancer, Lupita struggles to keep her family together.

Moribito: Guardian of the Spirit, which is set in a fantasy Asian-inspired world, inspired an anime of the same name. Balsa is a body guard who is hired by  Prince Chagum’s mother to protect him from his father, the emperor, who wants him dead. A strange spirit possesses Prince Chagum that may be a threat to the kingdom.

American-born Sunny is an albino girl living in Nigeria. Although she doesn’t seem to fit in anywhere, Sunny discovers her latent magical abilities and joins 3 other students to learn how to control her powers. Sunny and her friends have to capture a career criminal who uses magic as well.

White Teeth focuses on the intertwining stories of two wartime buddies living in London with their families, and addresses topics such as assimilation and immigration in the U.K.’s cultural hub.

14. Aisha Saeed, Written in the Stars Naila’s conservative immigrant parents say that they will let her wear her hair how she wants, choose what she will study and be when she grows up, but they will choose her husband. When Naila breaks this rule by falling in love with a boy named Saif, her parents take her to Pakistan to reconnect her with her roots. But Naila’s parents’ plans have changed, and they’ve arranged a marriage for her.

Everyone thinks George is a boy, but George knows that she’s a girl. After her teacher announces that the class play is Charlotte’s Web, George hatches a plan with her best Kelly, so that everyone can know who she is once and for all.

Who We Are
Requesting Review Copies
Lee & Low Books
END_OF_DOCUMENT_TOKEN_TO_BE_REPLACED