Throughout the history of the United States, equality for all people has been fought for and won time and time again. Thomas Jefferson wrote in the Declaration of 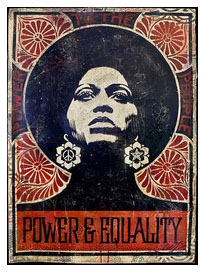 Independence ”that all men are created equal,” and over time equal rights have been gradually extended to different groups of people. However, equality has never been achieved without heated debate, despite our country’s founding principle that all people are created equal in the first place.

The language used to seek equality has remained familiar over time. Posters demanding equal rights (pictured) contain messages we have all seen or heard. One of my theories is that since the human life span is finite, the message of equality has to be relearned by each generation as it comes to realize that more work needs to be done.

If humans lived longer, would full equality across racial and gender lines have been acquired by now? Ask yourself: Would women suffragists from the 1920s, who so 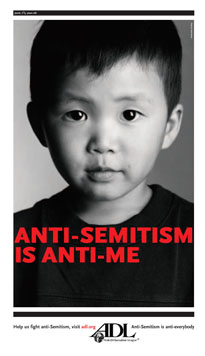 vehemently demanded the right to vote, think it was fine for African Americans to be denied this same right? It depends. My theory also includes the caveat that empathy for others does not always translate into citizens banding together for the greater good. Then again, the social evolution of the United States is progressing. This progression is the reason the language and message of equality remains relevant.

Equality is a shared goal that not everyone enjoys. Racial intolerance for one group is no different than bigotry for another. Denying equality for a particular group plays into the kind of discriminatory trap that makes no sense if one applies the very same principles of equality indiscriminately. All people are created equal, period.

The Declaration of Independence was written with the hope of possibility. Think about it—the signers of this document were declaring a new and independent country! 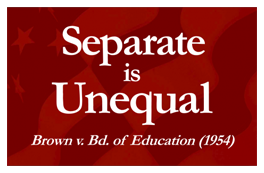 Jefferson’s words made a statement about human rights that became the foundation for a country unlike any other in the world. The signers never anticipated that their vision would eventually embrace so many different kinds of people, but that is the beauty of it. The Declaration was groundbreaking because it provided a foundation of principles and moral standards that have endured to modern times and that accommodate human evolution and its capacity for acceptance.

Stepping back and viewing all these posters as a whole, one could come to two conclusions. First: the human race does not learn from history. Second: humans 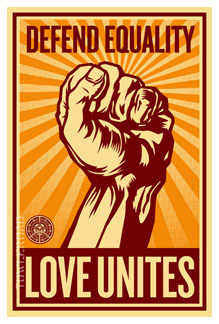 repeat the same mistakes over and over. However, I believe that the preservation and repurposing of the messages of protest in all their different forms are evidence that we do learn from history, and that we apply these tactics when the moment calls for them.

Similar to my previous posts on Race-Based Comedy and Race in Advertising, this post is a small glimpse into a bigger topic that welcomes further discussion. These subjects would be commonplace in a college syllabus, but is there any reason why we shouldn’t introduce dialogue about such issues into our daily lives? At the dinner table, instead of asking your kids how their day was at school and receiving a one-word answer, try bringing up issues that are important to you. If you care about some form of injustice and you voice your opinion honestly, your kids may sense the gravity of the conversation and weigh in with something just as meaningful.

Who We Are
Requesting Review Copies
Lee & Low Books
END_OF_DOCUMENT_TOKEN_TO_BE_REPLACED