Synopsis: Shorty, a Japanese-American boy, learns to play baseball when he and his family are forced to live in an internment camp during World War II. Shorty quickly learns that he is playing not only to win, but to gain dignity and self-respect as well. Read The New York Times review and article.

The story behind the story:

“During August 1991, I received my first phone call from Philip Lee, who tells me he has founded a children’s picture book company called Lee & Low Books in New York City. He was searching across the country for authors and illustrators to launch his first set of books, and got my name through his wife Karen Chinn, a former Seattleite and colleague of mine at the International Examiner newspaper. Up to that point, I had never authored anything in the field of children’s literature, but would I be interested in writing a children’s picture book? I remained open to the idea, and Philip sent me an article from an East Coast magazine about Japanese Americans forming baseball teams and playing the sport within the American incarceration camps for Japanese Americans during World War II. A non-fiction story about this subject? he suggested. I decided I wanted to make it historical fiction, and create a young hero who hits not only one home run during a clutch situation, but two!

With good reviews – particularly a write-up in The New York Times Book Review – and over a half million copies of this book later sold, my career began as a children’s book author and presenter.”

Resources for teaching with Baseball Saved Us:

Have students imagine they are Shorty in the story. Encourage them to write as Shorty a letter to a friend outside the internment camp or a diary entry describing how they feel about being in the camp and what life is like there.

How have you used Baseball Saved Us? Let us know! 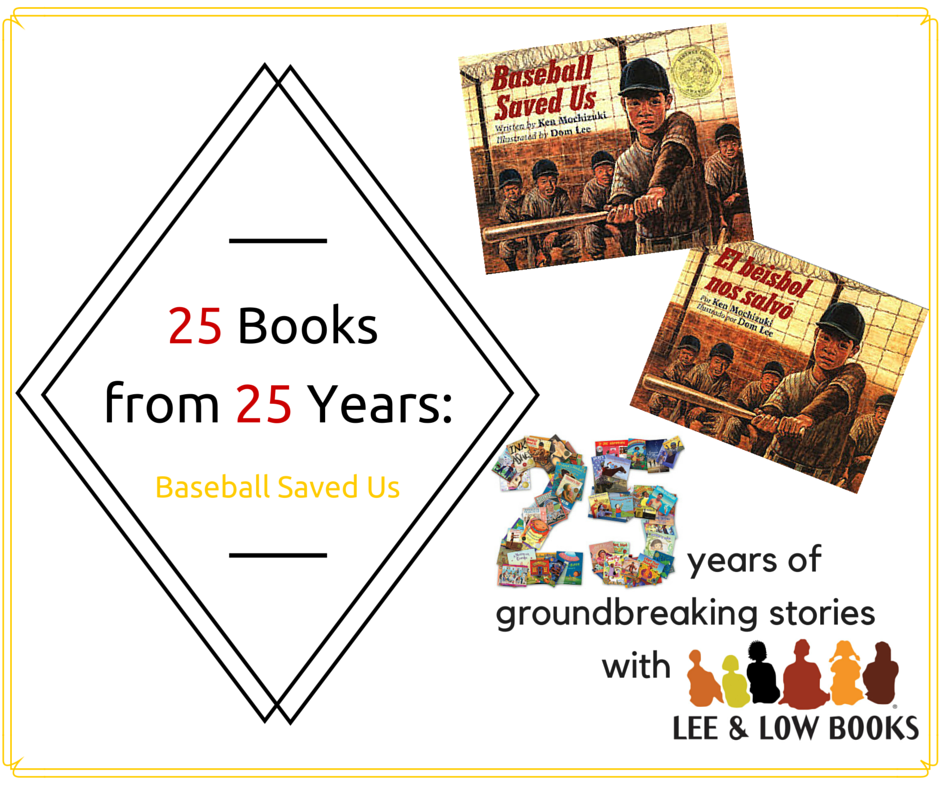 One thought on “Celebrating 25 Books From 25 Years: Baseball Saved Us”

Who We Are
Requesting Review Copies
Lee & Low Books
END_OF_DOCUMENT_TOKEN_TO_BE_REPLACED