It’s easy to think of racial groups as cultural monoliths: black culture is like this, Asian culture is like that. An article on culture clashes between recent immigrants from Africa and African Americans, many of them descendants of slaves whose families have been in the U.S. for centuries, reminds us of the complexity. It also opens a window into perceptions of blackness and Africanness, as when a recent African immigrant says of African Americans, “Those people, they don’t respect African people,” or when a black American says of a black African, “They think they’re better than black people.”

Continuing with the idea of blackness in America, Ta-Nahesi Coates brings us a beautifully written essay on blackness, obesity, segregation, and shame. I keep coming back to this line: “Segregation was a cocoon brimming with all the lovely variety of black life.”

END_OF_DOCUMENT_TOKEN_TO_BE_REPLACED 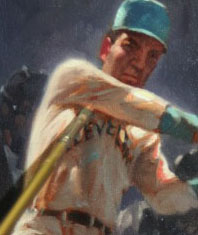 Who We Are
Requesting Review Copies
Lee & Low Books
END_OF_DOCUMENT_TOKEN_TO_BE_REPLACED