Today we’re so excited to reveal the cover for our upcoming young adult novel, Black Was the Ink by Michelle Coles with illustrations by Justin Johnson, coming September 2021!

In Black Was the Ink, sixteen-year-old Malcolm is sent on a journey through Reconstruction-era America with the help of a ghostly ancestor. At the same time, he must work to save his family’s farm in present-day Mississippi from being claimed by the State.

Without further ado, here is the cover: 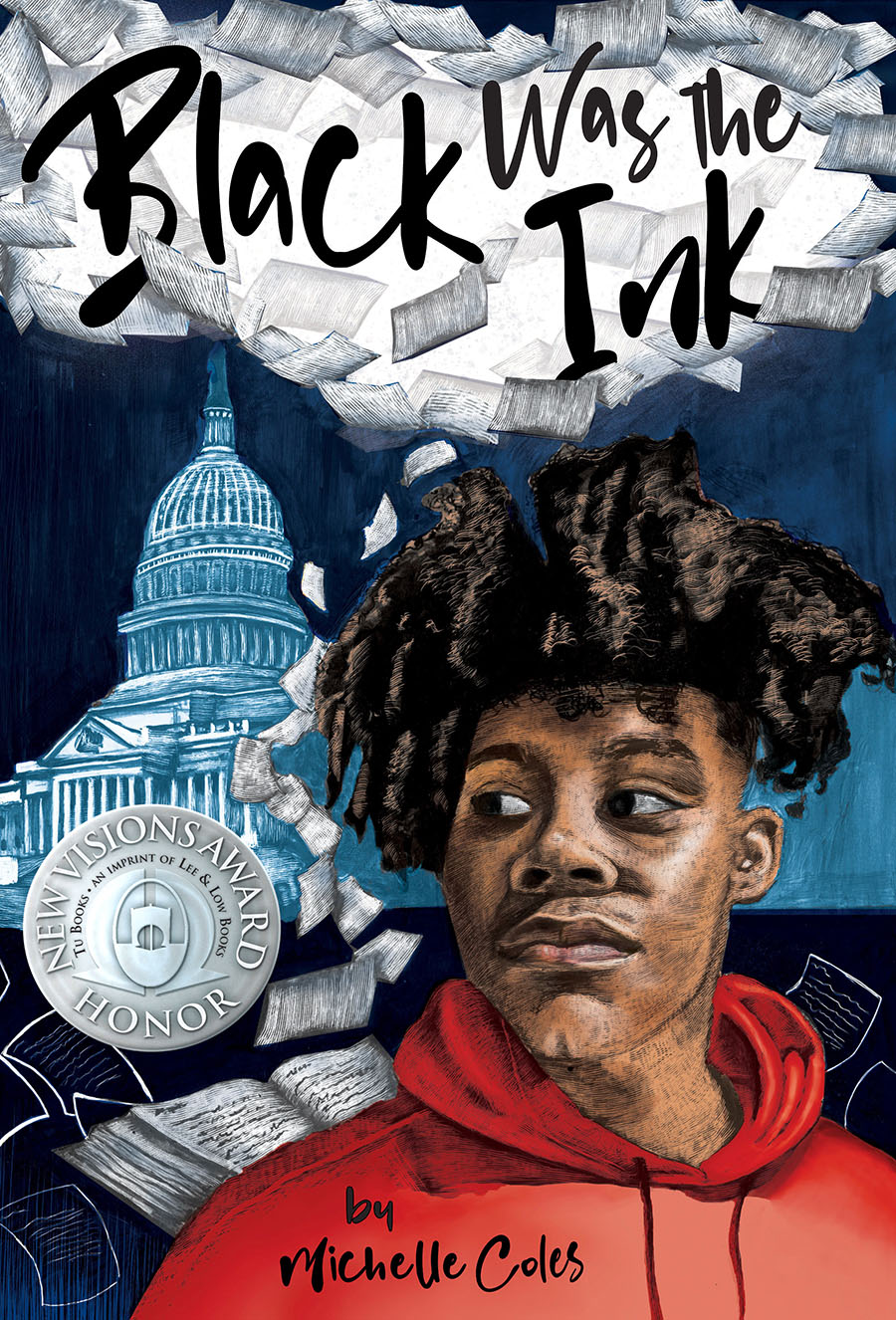 The cover art is by illustrator Justin Johnson and the cover design is by Sheila Smallwood.

Black Was the Ink is a gripping, thoughtful read for ages 13 and up and will be out in September 2021.

Pre-order Black Was the Ink here, or directly through your favorite Black-owned bookshop:

3 thoughts on “Cover Reveal: Black Was the Ink by Michelle Coles”

Who We Are
Requesting Review Copies
Lee & Low Books
END_OF_DOCUMENT_TOKEN_TO_BE_REPLACED