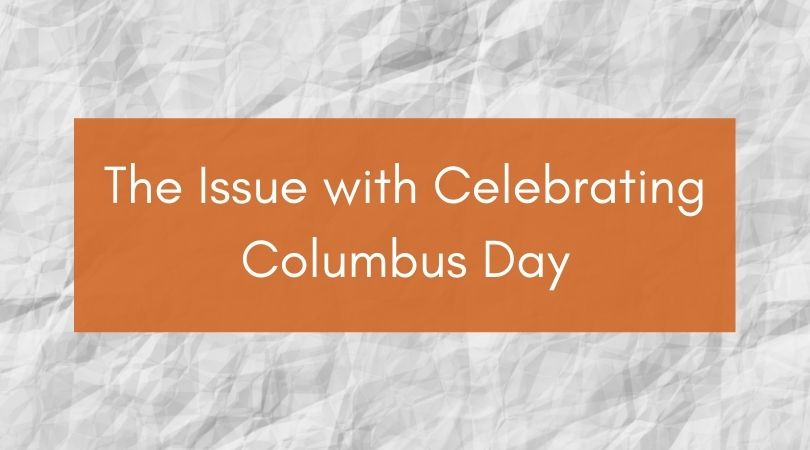 In this blog post by Kiana Low, our Lee & Low fall intern, she shares the history of Columbus’s conquest, examines the implications of celebrating Columbus Day, and highlights the importance of Indigenous People’s Day. This piece is based on an essay she wrote in 7th grade, entitled “Columbus, Not to be Celebrated”, which won a Scholastic Gold Key award.

In the past few decades, Christopher Columbus has become shrouded by controversy. While there probably won’t be any parade floats this Columbus Day we should ask ourselves: what are we really celebrating? The success of the supposed great explorer often taught in American classrooms, or a gruesome conqueror?

Christopher Columbus, an Italian merchant contracted by the Spanish, was determined to find a new route to the East Indies, the Southern region of Asia, to restore Europe with riches and new lands. Sailing west from Europe, Columbus and his men accidentally stumbled upon the Bahamas and Hispaniola, modern-day Dominican Republican and Haiti. Columbus’s arrival marked the gradual annihilation of the indigenous Taínos over the span of a century. When discussing history, of course it is necessary to consider the standards of the time. However, simply because Columbus lived in a time when conquest was glorified does not justify genocide, rape, enslavement, and exploitation of resources. The mindset of the time only enabled and encouraged cruelty, not excused it. Columbus was an oppressor, murderer, and dictionary-defined conqueror. We shouldn’t celebrate him, but rather look at him truthfully, acknowledging his racism, greed and brutality. 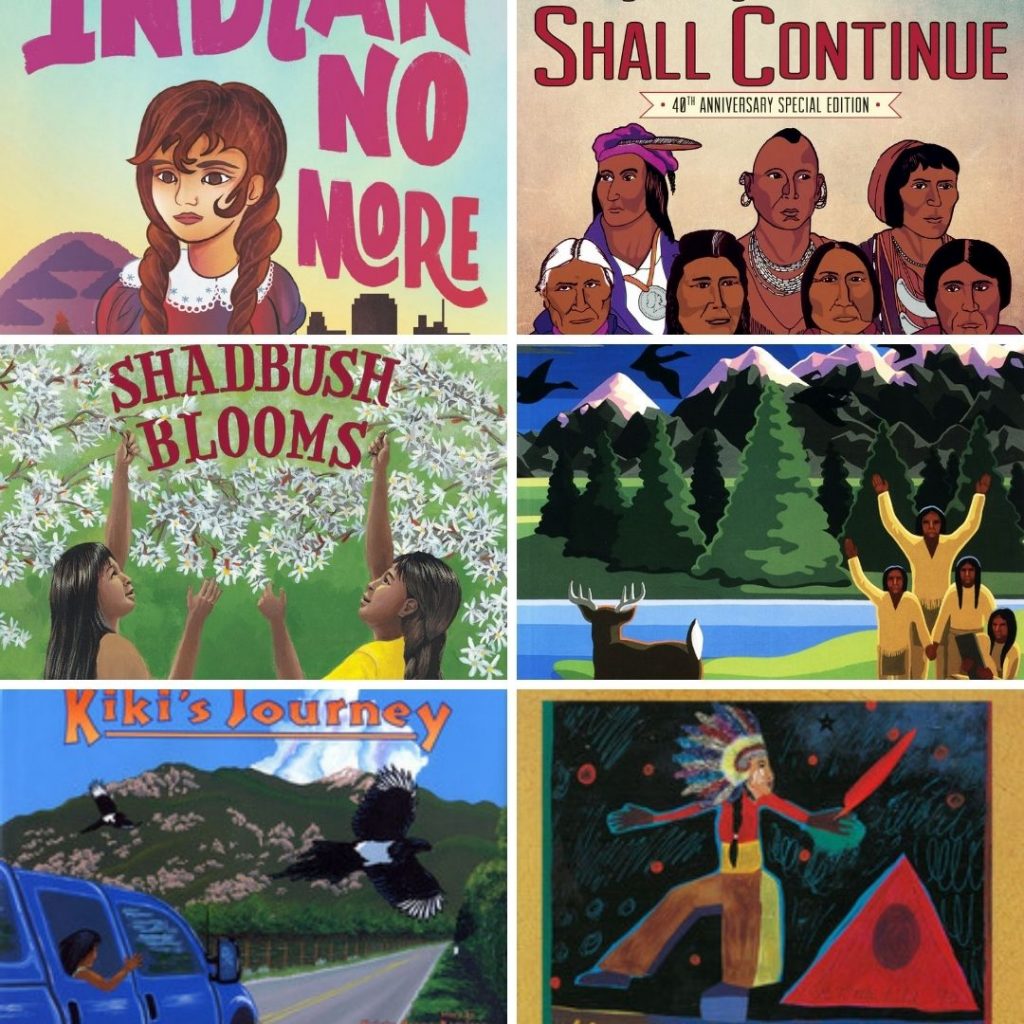 For non-Indigenous people living in the Americas, such as myself, we have a duty to educate ourselves on the pre-Columbian history of these lands. That said, it can feel difficult to know where to start. For this Indigenous People’s Day, and for every day of the year, here are resources to educate yourself on Native history and current events.

The Smithsonian National Museum of the American Indian offers a host of videos that are easily accessible and educational. The next two weeks will spotlight Native New York history, while on October 12th, “hear from young Native activists who are propelling this conversation forward and addressing the tension between history, memory, and the current movements happening across America. ”

Highlighted below are our favorite Native American, First Nations, and Indigenous Children’s books, including many #ownvoices titles by Native authors and illustrators:

When the Shadbush Blooms, written by Carla Messinger with Susan Katz, illustrated by David Kanietakeron Fadden. A young Lenape Indian girl observes and reflects on the small, important ways both her family and her ancestors celebrate the cycle of seasons.

Indian No More, written by Charlene Willing McManis with Traci Sorell. In this novel set in the 1950s, a ten-year-old Umpqua girl and her family’s tribal rights are terminated and they must relocate from their reservation in Oregon to Los Angeles, where they are expected to assimilate.

The People Shall Continue, written by Simon J. Ortiz, illustrated by Sharol Graves. Renowned Acoma Pueblo poet and storyteller Simon J. Ortiz traces the progress of Native/Indigenous people of North America from the time of creation to the present.

Giving Thanks: A Native American Good Morning Message, written by Chief Jake Swamp, illustrated Erwin Printup. A traditional Iroquis celebration of the beauty and spirit of Mother Earth, as told by a contemporary Mohawk chief. (Also available in Spanish).

Kiana Low is Lee & Low’s fall literacy intern. An 18-year old New Yorker, Kiana is a recent graduate from the High School of American Studies at Lehman College, and a future student at Wesleyan University.

One thought on “The Issue with Celebrating Columbus Day”

Who We Are
Requesting Review Copies
Lee & Low Books
END_OF_DOCUMENT_TOKEN_TO_BE_REPLACED