Lee & Low Books offers hundreds of great books for fourth graders. Our books include English, Spanish, and bilingual titles; books about many different cultures; books that span a wide range of subjects and themes; and both fiction and nonfiction. Browse our 3-6 classroom collections to see what we offer, and check out our other book lists by grade:

While we have hundreds of titles to choose from, here are 10 of our absolute favorite diverse books for fourth grade! 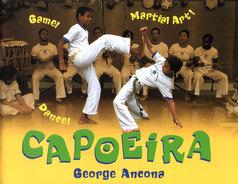 It’s a game, a dance, a martial art! It’s a way of expressing oneself through movement and music. With action-packed photographs and accessible text, readers are introduced to this exciting, popular game. See the Teacher’s Guide.

2. Etched in Clay by Andrea Cheng:

Sometime around 1815, an enslaved young man named Dave was brought to Edgefield, South Carolina, the center of a pottery-producing area known for the alkaline glazes used on the stoneware. Dave was taught how to turn pots and jars on a pottery wheel by one of his first owners. He also somehow learned to read and write, in spite of South Carolina’s strongly-held fear of slave literacy. And then Dave did something even more incredible—he began to sign his jars and carve many of them with sayings and poems that reflected his daily life and experiences. See the Teacher’s Guide. 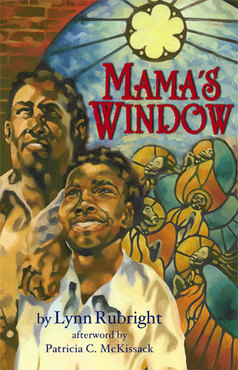 After his mother dies, “Sugar” Martin is sent to live with his gruff uncle Free. As Sugar struggles to adjust to his new surroundings, the only bright spot in his life is watching the building of the new Sweet Kingdom Church, which will be adorned with a beautiful stained glass window his mother had scrimped and saved for. See the Teacher’s Guide.

4. How We Are Smart by W. Nikola-Lisa, illus. by Sean Qualls: 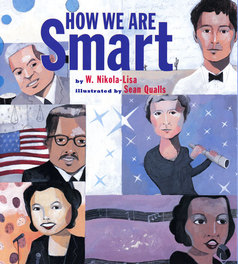 Readers will learn that being smart is about more than doing well in school. There are eight ways to be smart, and they are reflected in how a person uses his or her body, relates to the natural world, responds to music and art, and more. When readers see how the people in this book used their smarts, they will learn about themselves too, and their own unique ways of being smart. See the Teacher’s Guide.

Here’s a picture book biography that is a heartfelt, action-packed tribute to one of the most compelling athletes and humanitarians of the twentieth century. An example of quiet grace and dignity on and off the tennis court, Arthur Ashe set a shining example for us all. See the Lesson Plan courtesy of the Library of Virginia. 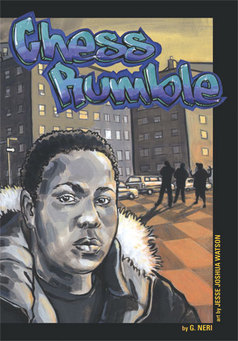 In Marcus’s world, battles are fought everyday—on the street, at home, and in school. One punch away from being kicked out of school and his home, Marcus encounters CM, an unlikely chess master who challenges him to fight his battles on the chess board. Guarded and distrusting, Marcus must endure more hard lessons before he can accept CM’s help to regain control of his life. See the Teacher’s Guide.

7. Cycle of Rice, Cycle of Life: A Story of Sustainable Farming by Jan Reynolds: 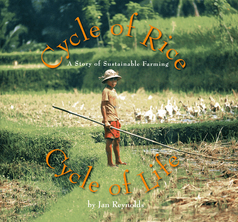 With lush photographs and captivating text, Jan Reynolds explores the traditional world of rice farming on the beautiful island of Bali. Readers of all ages will come away with an enhanced awareness of how we farm, eat, and live today, and the effects these practices have on the world of tomorrow. See the Teacher’s Guide.

As a boy, José Martí believed freedom was the inherent right of all men and women. But his home island of Cuba was colonized by Spain, and some of the people were enslaved by rich landowners. Enraged, Martí took up his pen and fought against this oppression through his writings. By age seventeen, he was declared an enemy of Spain and forced to leave his beloved island. Martí traveled the world, speaking out for Cuba’s independence. But throughout his exile, he suffered from illness and homesickness. He found solace in New York’s Catskill Mountains, where nature inspired him once again to fight for independence. Download the Activity Kit.

9. Passage to Freedom: The Sugihara Story by Ken Mochizuki, illus. by Dom Lee:

As a Japanese diplomat in Lithuania in the 1940s, Chiune Sugihara had a chance to help thousands of Jews escape the Holocaust through Japan, but it was against his government’s orders. When his five-year-old son Hiroki asked, “If we don’t help them, won’t they die?” Sugihara decided to assist the refugees. See the Teacher’s Guide.

Su Shih grew up to become a leading scholar and statesman, eventually taking the name Su Dongpo. Integrating his love of natural order and humanity into his writings and civic works, Su Dongpo promoted justice and condemned corruption — often at his own peril. His life was rife with reversals of fortune; but through it all he retained his grace, his humility, and his compassion.  See a Character Analysis using Su Dongpo.

What Does Close Reading Look Like in Fourth Grade? 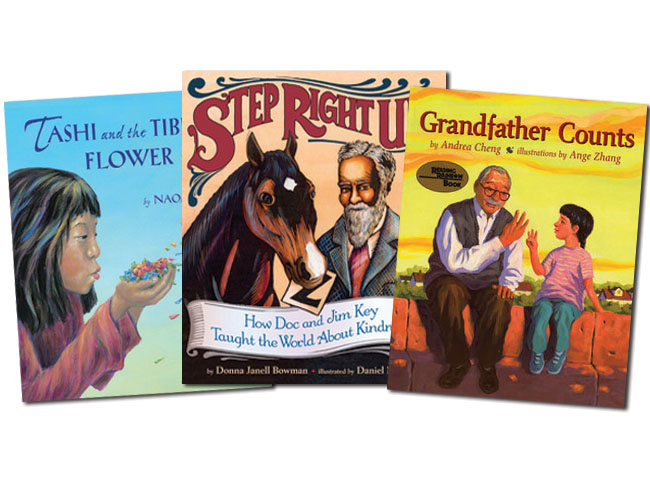 Cinderella Around the World Collection

2 thoughts on “Our 10 Favorite Multicultural Books for Fourth Grade”

Who We Are
Requesting Review Copies
Lee & Low Books
END_OF_DOCUMENT_TOKEN_TO_BE_REPLACED