June is Pride Month!  Pride Month commemorates the Stonewall Riots, which happened June 1969, and was a starting To celebrate, we’ve put together a list of fifteen books that celebrate different gender identities, sexual orientations, families, and ways to be!

Antonio’s Card by Rigoberto Gonzalez – Mother’s Day is coming up. Antonio searches for the right words to express his love for his mother, and Leslie, his mother’s partner. 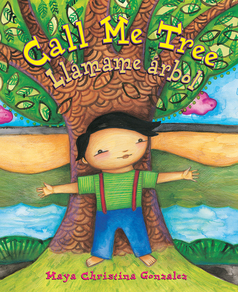 I am Jazz by Jazz Jennings and Jessica Herthel – Based on the life of transgender activist Jazz Jennings. Jazz has known she was a girl since the age of two, even if everyone around her doesn’t know it yet.

Heather Has Two Mommies by Lesléa Newman – This classic is one of the first lesbian-themed picture books. Heather is being raised by her mother, Jane and her mother’s partner, Kate.

George  by Alex Gino – Everyone thinks George is a boy, but George knows that she’s a girl. After her teacher announces that the class play is Charlotte’s Web, George hatches a plan with her best Kelly, so that everyone can know who she is once and for all.

Better Nate Than Ever by Tim Federle – Nate has always wanted to be in a Broadway show. But how is he supposed to make his dreams come true when he’s stuck in a small town in Pennsylvania? Ash by Malinda Lo – In this retelling of Cinderella, Ash must make a choice between fairy tale dreams and true love. None of the Above by I.W. Gregorio– In this debut novel, Kristen, has a seemingly ideal life. She’s just been voted homecoming queen and is a champion hurdler with a full scholarship to college. Everything unravels when Kristen and her boyfriend decide to take it to the next level, and Kristen finds out she’s intersex. Somehow her secret is leaked to the whole school.

Confessions of a Mask by Yukio Mishima – Kochan is unlike other men; he is homosexual. In post-war Japanese society, Kochan must keep this fact hidden under a mask of propriety.

The Color Purple by Alice Walker – This book focuses on the lives of several poor African American women in rural Georgia.

Brown Girl in the Ring by Nalo Hopkinson – The rich and privileged have left Toronto for the suburbs. Now, the people with money need bodies, so they prey upon the helpless people on the street.

4 thoughts on “Pride Month: Fifteen LGBTQ-Themed Books for Readers of Every Age”

Who We Are
Requesting Review Copies
Lee & Low Books
END_OF_DOCUMENT_TOKEN_TO_BE_REPLACED