Ink and Ashes by Valynne E. Maetani is Tu Books’ first New Visions Award winner. Seventeen-year-old Claire Takata discovers a secret about her deceased father that should have remained a secret.

The New Visions Award, modeled after LEE & LOW’s successful New Voices Award, is for unpublished writers of color who write science-fiction, fantasy, and mystery YA or middle grade novels.

Ink and Ashes is set to be released Spring 2015!

Claire Takata has never known much about her father, who passed away ten years ago. But on the anniversary of his death, she finds a letter from her deceased father to her stepfather. Before now, Claire never had a reason to believe they even knew each other.

Struggling to understand why her parents kept this surprising history hidden, Claire combs through anything that might give her information about her father . . . until she discovers that he was a member of the yakuza, a Japanese organized crime syndicate. The discovery opens a door that should have been left closed.

The race to outrun her father’s legacy reveals secrets of his past that cast ominous shadows, threatening Claire, her friends and family, her newfound love, and ultimately her life. Winner of Tu Books’ New Visions Award, Ink and Ashes is a fascinating debut novel packed with romance, intrigue, and heart-stopping action. 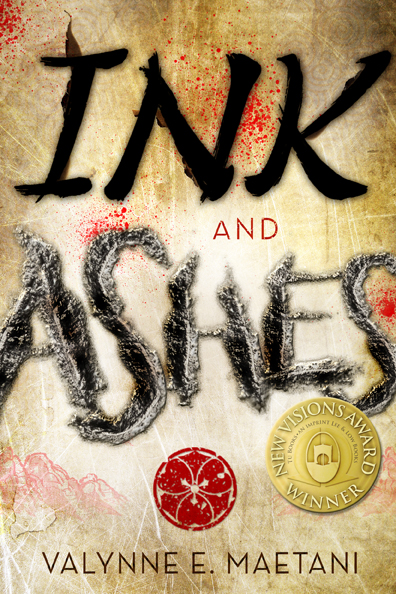 Thanks to the following blogs for participating in the Ink and Ashes cover reveal:

We can’t wait to hear what you think of the cover! Thanks to Sammy Yuen of Sammy Yuen Interaction Art and Design for the cover design.

Who We Are
Requesting Review Copies
Lee & Low Books
END_OF_DOCUMENT_TOKEN_TO_BE_REPLACED