Warm weather is finally here! Get those summer reading lists ready because we’re excited to announce the release of two new YA novels from our Tu Books imprint: Drift, a high fantasy adventure that takes place on the shores of Hell, and Rebellion, the thrilling final book in Karen Sandler’s Tankborn series. 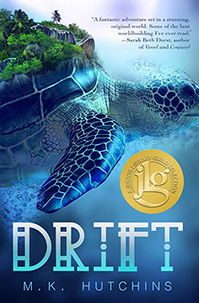 In Drift, Tenjat lives on the shores of Hell, an ocean filled with ravenous naga monsters. His island, a massive Turtle, is slowed by the people living on its back. Tenjat is poor as poor gets: poor enough, even, to condescend to the shame of marriage, so his children can help support him one day. But Tenjat has a plan to avoid this fate. He will join the Handlers, those who defend and rule the island. As an epic naga battle approaches, Tenjat’s training intensifies, but a long-hidden family secret—not to mention his own growing feelings for his trainer—put his plans in jeopardy, and might threaten the very survival of his island. 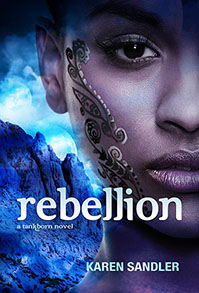 In Rebellion, the Tankborn story comes to its thrilling conclusion as questions are answered after the devastating bomb blast that ended Awakening. Kayla has been brought to the headquarters of the organization that planted the bomb, and many others like it, in GEN food warehouses and homes. Her biological mother tells her that Devak is dead and that Kayla must join their terrorist group, which is ramping up for something big. Now Kayla must pretend to embrace this new role in an underground compound full of paranoia as she plots a way to escape and save her friends.

Happy book birthday to our newest releases! You can purchase them on our website, Amazon, Barnes & Noble, or your local independent bookseller (if copies are not in stock, they can always order them for you). And of course, they’re also available as e-books.

Who We Are
Requesting Review Copies
Lee & Low Books
END_OF_DOCUMENT_TOKEN_TO_BE_REPLACED