L&L: How did you handle the hardships you encountered while at Belvoir-Falkland High School? Was there a piece of advice that you were given that inspired you? What advice would you give others who experience some form of prejudice directed toward them?

MT: The encouragement from my family and other members of the civil rights group helped me handle the hardships I faced. My dad had sacrificed a lot during the Civil Rights Movement so as to make a difference. Integrating the schools was one of the most important parts of the Civil Rights Movement in Pitt County during that time. By the time I started Belvoir-Falkland High School, I knew I had to remain humble in order to stay there. I went there for a better education, so I could make a difference in my community.

I can remember one black custodian at the school who inspired me. He would catch me and some of the few other black students outside the school to tell us that he was so proud of us for coming to that school to knock down some barriers. He told us to keep our heads up and to do the best we could.

My advice to others is to realize that prejudice does exist and you’re going to have to deal with it one on one. Just remember to stay humble and treat people the way you would like to be treated. Then you will be able to work your way through it.

L&L: Mason’s story takes place in the mid 1960s, a decade that saw the historic March on Washington, the Birmingham campaign, and the Freedom Summer of 1964. As a teenager, how strong was your sense that you were part of a greater national movement for equality? 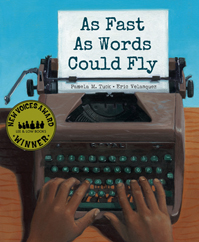 MT: I was well aware that we were part of a national event. During that time, we had gone to a meeting to hear Dr. Martin Luther King Jr. speak, and in part of his speech he told us to go back to our communities and make a difference. By my family being the first to integrate the school system, we felt stronger knowing that we were taking part in an integration movement that was happening all over the country.

L&L: Who were your role models growing up? How did these individuals influence your actions?

MT: Two of my role models were Golden Frinks and Reginald Frazier. Golden Frinks was a field secretary for the SCLC (Southern Christian Leadership Conference). I realized how powerful Mr. Frinks was when we visited places that wouldn’t serve blacks, but after mentioning his name, attitudes changed and we were served. Reginald Frazier was a powerful attorney during that time period and I remember when he represented a black family during a racial case. The family couldn’t afford a lawyer, so he took the case for $1 and won.

These two men showed me how their determination to fight for equality could make such a difference, and how justice was more important than money. It was people like them who made me believe that with the right education, I could obtain justice in society.

L&L: When you first began at Belvoir-Falkland High School, was there anyone who surprised you with his or her kindness? Were there other African Americans who you befriended at the school or were you the only one?

MT: I’m afraid I’ll have to say no, there wasn’t, other than the black custodian. I didn’t receive much kindness from the students or faculty at Belvoir-Falkland. There were other black families who also had their children integrating during the same time, and the few of us watched out for one another. We had to stay to ourselves during physical activities because during the pick-up games we were never chosen to play with the white students. In later years, as we remained at the school, we began to be included in more activities.

L&L: Although we now have our first African American president, we still live in a country plagued by many types of inequality. How far do you think our country has come since you were a teenager in the 1960s? Where do you hope we will be ten years from now?

MT: I feel that we have improved about 70% in correcting some inequalities, but there are still a lot of hidden prejudices that have to be dealt with. I hope that ten years from now I can say we have improved 90%.

10 thoughts on “Voices from the Civil Rights Movement: Interview With Moses Teel Jr.”

Who We Are
Requesting Review Copies
Lee & Low Books
END_OF_DOCUMENT_TOKEN_TO_BE_REPLACED