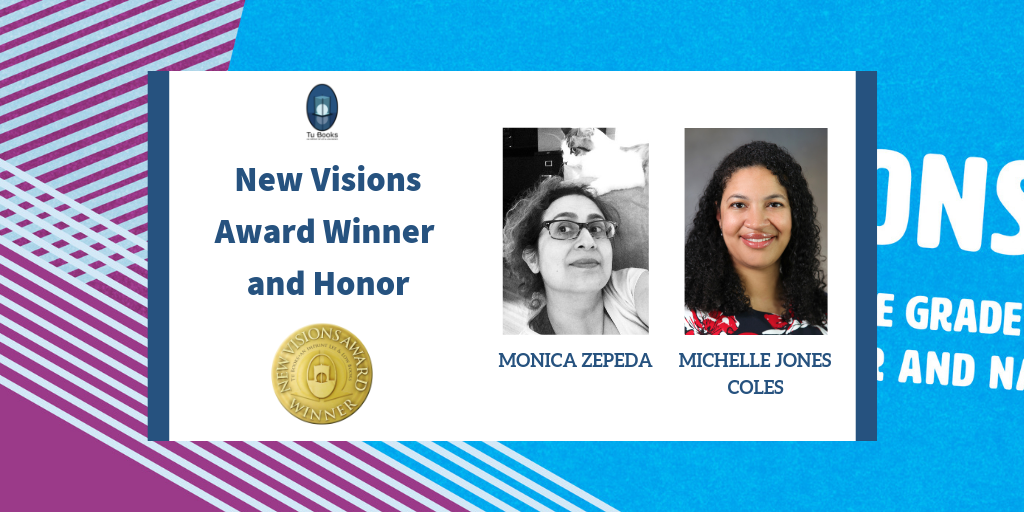 Established to increase the number of authors of color writing for children and teens, the New Visions Award is given to a middle grade or young adult manuscript by a new author of color or Native author. Winners receive a cash prize and a publishing contract with Lee & Low Books, a children’s book publisher specializing in diversity. Previous winners include Ink and Ashes by Valynne Maetani, named one of the Best Books of the Year by Kirkus Reviews, and Ahimsa by Supriya Kelkar, named a Notable Social Studies Trade Book.

Boys of the Beast, this year’s winning manuscript, is a young adult contemporary novel about three cousins who go on a road trip after the death of their abuelita. As the miles pass, the boys are surprised to discover that they have more in common—and more to teach each other—than they think.

“As a third-generation Mexican American who doesn’t speak Spanish, I know that not all Latinx stories are immigrant stories,” says author Monica Zepeda. “I wanted to showcase Latinx teens that had wildly diverse backgrounds, even though they’re blood-related.” Zepeda currently serves as the Teen Services Librarian at Beverly Hills Public Library in California, as well as a writer for stage, film, and television.

Zepeda will receive a cash prize of $2,000 and a publishing contract with Lee & Low Books. Publication of Boys of the Beast is planned for fall 2020.

Woke, by Michelle Jones Coles, is a young adult historical fiction novel about Reconstruction centered on the story of Cedric, who was born a slave but rose to secure a front row seat to the struggle for equality as a legislative aide to some of the first Black members of Congress. Cedric’s story, told in diary form, is framed by the story of Malcolm, a modern-day teenager and Cedric’s descendant.

Author Michelle Jones Coles works as a civil rights attorney with the United States Department of Justice. “As a civil rights attorney, I see constant reminders of the legacy of slavery and the harm racism inflicts in Americans’ everyday lives,” Coles says. “The Mother Emanuel massacre lit a fire in me to tell a relatable story about race relations with the hope that it could help Americans learn from our history, so that perhaps we could stop repeating it.”

This year’s other New Visions Award finalists include Chasing Stars by JaNay Brown-Wood, Flying in Colors by Padma Prasad, and The One With a Father by Kit Song.

Submissions for next year’s New Visions Award will be open April 1, 2019. Find out more about how to submit here.

ABOUT: Tu Books, an imprint of LEE & LOW BOOKS, publishes diverse middle grade and young adult literature. It is the company’s mission to publish books that all young readers can identify with and enjoy. For more information, visit http://www.leeandlow.com/p/tu.mhtml.

Who We Are
Requesting Review Copies
Lee & Low Books
END_OF_DOCUMENT_TOKEN_TO_BE_REPLACED