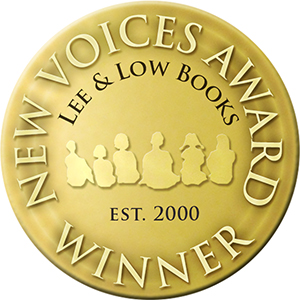 Brathwaite of Stone Mountain, Georgia, is the winner of the company’s sixteenth annual New Voices Award. Her manuscript, Show and Tell: The Story of Eunice Johnson and the Ebony Fashion Fair, is a picture book biography of Eunice Johnson, African American publishing executive and founder of the Ebony Fashion Fair. Since childhood, Eunice had a passion for fashion. She enjoyed sewing her own clothes and took pride in her original style and immaculate technique. As an adult, she and her husband founded Ebony, a magazine that celebrates African American life and culture. And in 1958, Eunice created the Ebony Fashion Fair, a fund-raising event that quickly evolved into a nationwide tour that showcased high fashion for the African American audience and challenged accepted standards to embrace beauty in all forms.

Lisa Brathwaite is a cultural engagement advisor with Welcoming America and a volunteer with Dress for Success Atlanta. As a young girl, Lisa was interested in fashion and found Ebony a source of encouragement and confidence. She became enamored with Eunice Johnson’s journey and was inspired to write about this great businesswoman and fashion icon. Lisa will receive a prize of $1,000 and a publication contract.

LEE & LOW BOOKS is also proud to announce that Li Yun Alvarado of Long Beach, California, has been chosen as the New Voices Honor winner for her manuscript A Star Named Rosita: The Rita Moreno Story, a picture book biography of film and theater star Rita Moreno. A native of Puerto Rico, Rita migrated in 1936 to the United States, where she discovered her talent for performing. She rose to Hollywood stardom and became a pioneer for Latina women, overcoming barriers and stereotypes to win an Academy Award for her role in the musical West Side Story (1961). As a young Puerto Rican performing arts student in New York City, Li Yun Alvarado was deeply affected by Rita Moreno’s story and was motivated to write about Rita’s inspirational work for a new generation of readers and performers. Li Yun will receive a prize of $500.

ABOUT THE AWARD: Established in 2000, the New Voices Award is an annual award given by LEE & LOW BOOKS to an unpublished author of color for a picture book manuscript. Past winners include It Jes’ Happened: When Bill Traylor Started to Draw by Don Tate,  winner of the Ezra Jack Keats New Writer Award Honor, Bird by Zetta Elliott, an ALA Notable Book, and, most recently, Juna’s Jar by Jane Bahk, a Spring 2015 Junior Library Guild selection.

The award was established to combat the low numbers of authors of color in children’s book publishing and to help new authors break into the field. LEE & LOW BOOKS is committed to nurturing new authors. The company has introduced more than one hundred new authors and illustrators to the children’s book world and 68% of authors and illustrators published by LEE & LOW BOOKS are people of color. For more information, visit our New Voices Award page.

Who We Are
Requesting Review Copies
Lee & Low Books
END_OF_DOCUMENT_TOKEN_TO_BE_REPLACED