The temperature has already started to drop and we’re seeing Halloween candy popping up in the grocery stores, so that means a new batch of books for the fall season! Here are three new picture books out this week. We can’t wait to hear what you think of them!

Lend a Hand: Poems About Giving 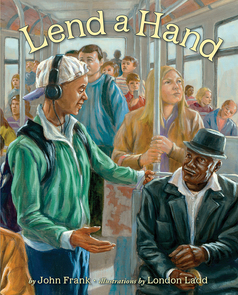 Lend a Hand is a collection of fourteen original poems, each emphasizing the compassion and the joy of giving. Representing diverse voices—different ages and backgrounds—the collection shows the bridging of boundaries between people who are often perceived as being different from one another. Written by John Frank and illustrated by London Ladd.

“At once familiar and slightly out of the box, these giving scenes gently suggest that the smallest acts can inspire and achieve great ends.” —Kirkus Reviews

Little Melba and Her Big Trombone 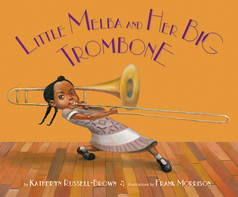 With three starred reviews (PW, School Library Journal, Kirkus Reviews), it’s clear that Melba Doretta Liston is “something special”! Brimming with ebullience and the joy of making music, Little Melba and Her Big Trombone is a fitting tribute to a trailblazing musician and a great unsung hero of jazz. Written by Katheryn Russell-Brown and illustrated by Frank Morrison.

Twenty-two Cents is an inspiring story of economic innovation and a celebration of how one person—like one small loan—can make a positive difference in the lives of many. Written by Paula Yoo and illustrated by Jamel Akib.

Who We Are
Requesting Review Copies
Lee & Low Books
END_OF_DOCUMENT_TOKEN_TO_BE_REPLACED