We pride ourselves on publishing diverse children’s books that feature characters and cultures from around the world. In 2012, we expanded when we acquired Children’s Book Press, an award-winning multicultural publisher based out of the Bay Area. Our new CBP imprint is a great place to find high-quality bilingual English/Spanish picture books and many more books by talented authors and illustrators of color.

We’re very excited to report that we’ve reprinted several Children’s Book Press titles already under our CBP imprint, and we have more on the way! We know some of you have been waiting quite a while to see your favorite CBP books back in print, so we’re happy to share our most recent reprints: 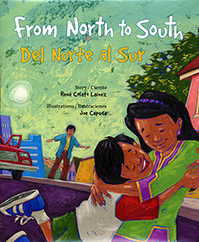 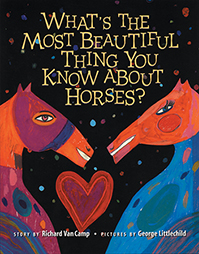 A Shelter in Our Car, by Monica Gunning, illustrated by Elaine Pedlar

What’s the Most Beautiful Thing You Know About Horses?, by Richard Van Camp, illustrated by George Littlechild

We’re looking forward to hearing your thoughts on these new reprints!

For a full list of Children’s Book Press titles that are currently available from Lee & Low Books or to place an order, contact our ordering department toll-free at 1-888-320-3190 x. 28. We also have a PDF of our latest catalog here.

Who We Are
Requesting Review Copies
Lee & Low Books
END_OF_DOCUMENT_TOKEN_TO_BE_REPLACED