Since the company was founded in 1991, diversity at LEE & LOW has been defined by ethnicity. Our focus has always been on multicultural stories that explore racial and cultural diversity, from remembering the experiences of past generations to reflecting on the world in which we live today.

For the first time in twenty-five years, our mission is expanding to include themes outside the conversation of race. Here are three new books that charted new territory for us: 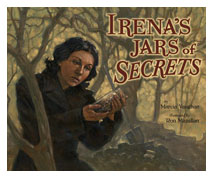 The riveting, true story of Polish social worker Irena Sendler, who lived during World War II. Using creative means, and at great personal risk, she saved thousands of Jewish children from Hitler’s Nazis by smuggling the children out of the Warsaw Ghetto.

Why we published this story: In 1997, we published a book called Passage to Freedom: The Sugihara Story, about a Japanese diplomat who defied his government during World War II to help thousands of Jewish refugees elude the Germans. While the themes of Irena’s Jars of Secrets and Passage to Freedom are similar, acts of extreme heroism for the sake of others are rare, timeless, and worth celebrating. Another reason Irena Sendler’s story spoke to us was the chilling fact that although nearly seventy years have passed since World War II ended, crimes of genocide continue into the twenty-first century. We felt that young readers should know about Irena Sendler as someone who stood for justice and compassion in times like these, and we discovered there were no other picture books that told her story. (Note: One season before our book was published, another book on Irena was released, so now there are two picture books about her.) 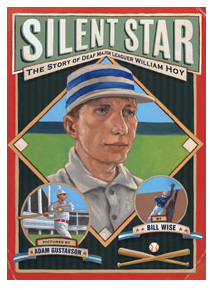 Silent Star: The Story of Deaf Major Leaguer William Hoy (April 2012) A tribute to one of the most inspirational figures in baseball history. A talented player with a standout record, Hoy is a shining example that success in life should not be measured by differences but by drive and determination.

Why we published this story: Silent Star is a unique story because it shows that a person can overcome a disability AND be one of the greatest ball players to play the game. Why William Hoy has not been inducted into the Baseball Hall of Fame is a mystery! Personally, what grabbed me about this story was how the fans embraced Hoy on the field—instead of clapping for him, which they knew he couldn’t hear, they threw confetti in the air so he could see their support. Very touching. Yet growing up, Hoy faced the kinds of discrimination people of color are often subjected to, which are themes we are accustomed to addressing in our books. 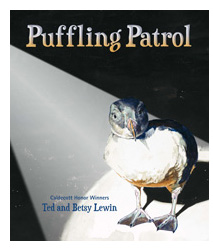 A contemporary travel adventure depicting an annual event that takes place in the Westman Islands off the coast of Iceland. As members of the Puffling Patrol, local children help rescue stranded pufflings, making sure the young seabirds safely make their way to the sea.

Why we published this story: LEE & LOW’s owners and editors have an interest in environmental concerns, and books about conservation make up a significant part of our list. Child activism is something young readers should see in action, and Puffling Patrol is a great example of kids making a direct and immediate contribution toward preserving wildlife. This story is also inspiring because it shows how people in the Westman Islands live in harmony with nature. The themes in Puffling Patrol are as universal as they come, and pufflings are incredibly adorable!

One thought on “The Meaning of Diversity Becomes More Diverse”

Who We Are
Requesting Review Copies
Lee & Low Books
END_OF_DOCUMENT_TOKEN_TO_BE_REPLACED