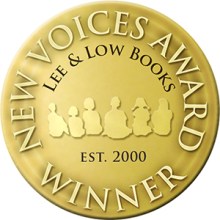 New York, NY—January 23, 2017—LEE & LOW BOOKS is proud to announce that Roberto Peñas of Olathe, Kansas, is the winner of the company’s seventeenth annual New Voices Award. His manuscript, Pedro Flores: The Toymaker, is a biography of the inventor of the modern yo-yo. In the early 1900s, Flores emigrated from the Philippines to the United States, where he pursued an education and his entrepreneurial ambitions. After reading about a ball-and-string-like toy in the newspaper, Flores was reminded of a similar toy from his childhood. He redesigned the toy and named it “yo-yo” (Tagalog for “come back”). It wasn’t long before the yo-yo became a popular toy. END_OF_DOCUMENT_TOKEN_TO_BE_REPLACED

Who We Are
Requesting Review Copies
Lee & Low Books
END_OF_DOCUMENT_TOKEN_TO_BE_REPLACED