August 2nd – also known as International Friendship Day– is almost here. (I know, summer is going by WAY too fast). 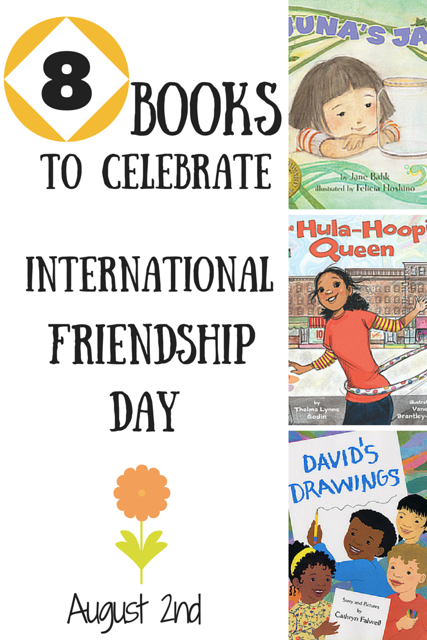 In honor of International Friendship Day, break out your half of your friendship heart necklace and take some time to remind others how much they mean to you.  If you’re unable to make plans to enjoy each other’s company, a simple gesture, such as a card or hand-written letter, will certainly make them feel loved. END_OF_DOCUMENT_TOKEN_TO_BE_REPLACED

While great reviews from Publishers Weekly or Kirkus are nice, there’s nothing better than feedback from the source – actual young readers!

A third grade writing class from Newark, New Jersey was assigned to compare/contrast themselves with DeShawn from DeShawn Days by Tony Medina and illustrated by R. Gregory Christie. They agreed to share parts of their answers with us!

Rogenia: “DeShawn and I are the same because we both think the news is scary.  We don’t like to hear about people dying from wars.  We also love rapping!  It’s so much fun!  It would be cool if we could rap together.”

Malikah: “DeShawn and I are different. He loves his block because he has friends. I hate living in the hood because there’s too much shooting and too much fighting. DeShawn hates the news because it’s scary.  I love the news because it teaches you about the world.”

END_OF_DOCUMENT_TOKEN_TO_BE_REPLACED

Who We Are
Requesting Review Copies
Lee & Low Books
END_OF_DOCUMENT_TOKEN_TO_BE_REPLACED