Released last month, Seven Golden Rings: A Tale of Music and Math by Rajani LaRocca and illustrated by Archana Sreenivasan tells the story of an Indian boy who untangles a mathematical conundrum to win a place at the Rajah’s court. In this blog post, illustrator Archana Sreeenivasan takes us behind the scenes of her creative process. 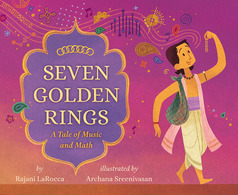 I usually start working on a picture book with thumbnails and character sketches. Both of which are initially very loose scribbles. 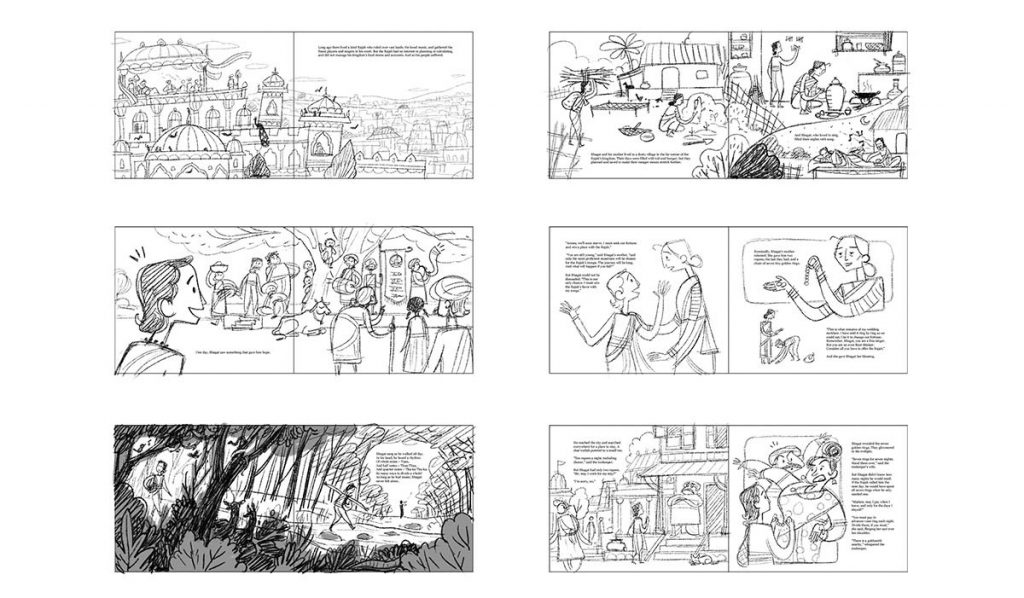 For Seven Golden Rings, I imagined Bhagat, the lead character, to be a young man. But the editorial team suggested that we make him a lot younger (around 13 yrs old) so that it heightens his courage as well as vulnerability. Below are the character designs for Bhagat as an older teen, as well as what he finally became. 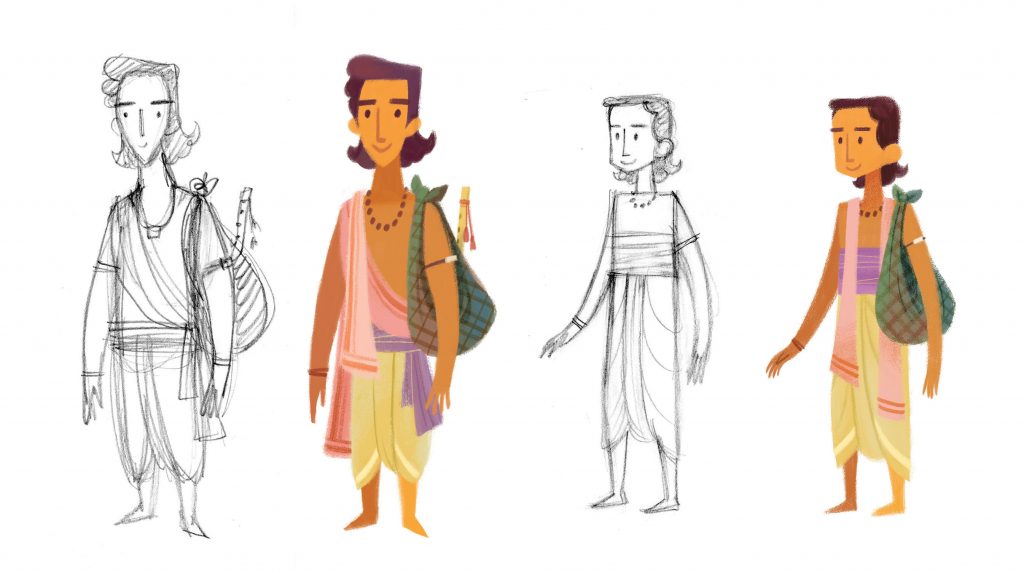 Although this is not really apparent in the final art, I have a little ‘inside joke’ where I made the character silhouettes of the inn keeper and his wife ‘tessellate’. The wife being the bossy type while her husband is the compliant one – they make a ‘perfect fit’ 😀 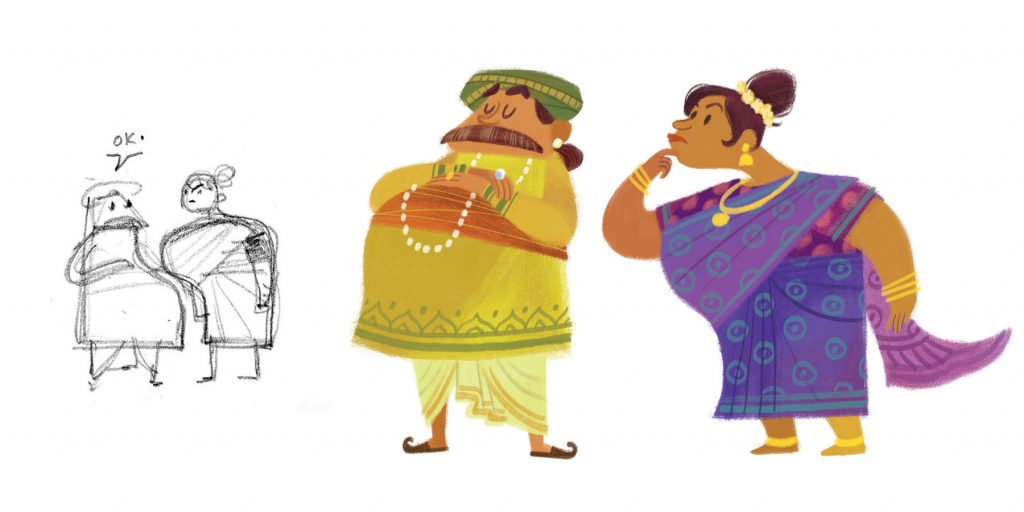 One of the spreads that I really enjoyed working on was the one where Bhagat wanders the city trying to solve the problem of how to divide up the seven golden rings. Here I could show Bhagat lost in thought, and at the same time give a glimpse of how the city was in a state of neglect. The editorial team liked it so much that they asked me to make another spread (the one of Bhagat’s journey to the city) along similar lines.

The cover was a bit of a challenge to crack, and it took numerous attempts to get it right. We wanted the cover to convey something about Bhagat’s journey/adventure, so I tried some versions with that in mind.

But then, we also needed it to have some elements of music and math included, and to show Bhagat as a thinker. We didn’t want the musical/math elements to be just notes of music or numerals either… And finally this cover version came about which seems to cover all of the above aspects while also looking distinctly Indian.

Archana Sreenivasan is the illustrator of two board books in the Once Upon a World series, Rapunzel and Diwali, and she has also created numerous editorial pieces, book covers, and comics. She studied animation film design at the National Institute of Design in Ahmedabad, India, and illustration during a summer residency at the School of Visual Arts in New York. Archana lives in Bangalore, India, with her husband and two cats. Please visit her on the web at archanasreenivasan.com and on Instagram as @archanasreenivasan.

Who We Are
Requesting Review Copies
Lee & Low Books
END_OF_DOCUMENT_TOKEN_TO_BE_REPLACED