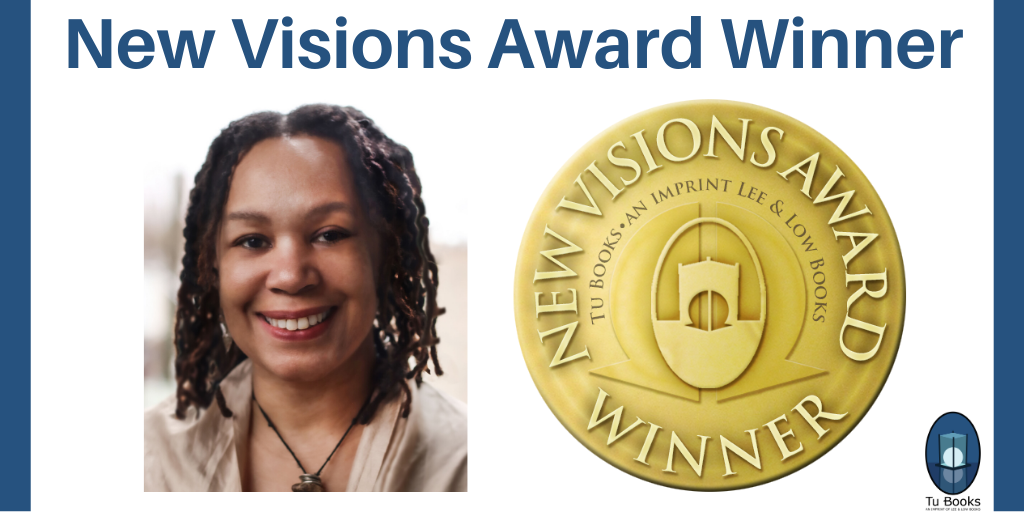 After this week’s sad news about our co-founder, we are happy to be able to share some happy news to end the week!

Established to increase the number of authors of color writing for children and teens, the New Visions Award is given to a middle grade or young adult manuscript by a new author of color or Native author. Winners receive a cash prize and a publishing contract with Lee & Low Books, a children’s book publisher specializing in diversity. Previous winners include Ink and Ashes by Valynne Maetani, named one of the Best Books of the Year by Kirkus Reviews, and Ahimsa by Supriya Kelkar, named a Notable Social Studies Trade Book.

Montgomery and the Case of the Golden Key, this year’s winning manuscript, is a middle grade mystery novel about a ten-year-old boy who uses the scientific method to prove everything—in this case, the origins of a mysterious golden key he and his friends find in their back yard. Montgomery interviews his neighbors and connects with his community as he solves the mystery, inspired by author Tracy Occomy Crowder’s own upbringing and family history in the Washington Park area of the South Side of Chicago.

“I felt like it was important to expand the adventure/mystery genre to include more books with Black boys like my son as protagonists,” says author Tracy Occomy Crowder. “My goal is to write mysteries that involve different periods of Black history and aspects of Black culture as the backdrop for characters who experience the funny little occurrences and tensions of everyday life.” Occomy Crowder is a community organizer, working on social change work for the past thirty years to improve communities across Illinois.

Occomy Crowder will receive a cash prize of $2,000 and a publishing contract with Lee & Low Books. Publication of Montgomery and the Case of the Golden Key is planned for fall 2022.

Submissions for next year’s New Visions Award are now open and close on August 31, 2020. Find out more about how to submit here.

ABOUT: Tu Books, an imprint of LEE & LOW BOOKS, publishes diverse middle grade and young adult literature. It is the company’s mission to publish books that all young readers can identify with and enjoy. For more information, click here.

Who We Are
Requesting Review Copies
Lee & Low Books
END_OF_DOCUMENT_TOKEN_TO_BE_REPLACED