Author Guadalupe García McCall’s debut Under the Mesquite came out seven years ago, but she has continued to take the young adult world by storm, going on to win the Pura Belpré Award for Under the Mesquite; winning multiple awards for her magical Mexican-American retelling of The Odyssey, Summer of the Mariposas; and earning wide acclaim for Shame the Stars, a retelling of Shakespeare’s Romeo and Juliet set during the Mexican Revolution.

Released this year, Guadalupe García McCall once again highlights a story that reflects her Mexican heritage and the rich history of Mexico with All the Stars Denied, a companion novel to Shame the Stars. We interviewed her to talk about this latest title as well as her writing process.

Your first book, Under the Mesquite, is very personal, but your last two books have addressed larger political issues. What made you decide to write about these issues?

I never intended to write about politics. In fact, I never even considered writing historical fiction either. It all just happened organically. The calling to write about our historical footprint in these “United States” came from the discovery of hidden histories in America. Events like La Matanza (South Texas, 1915), The Repatriation Act (US, 1930’s), and Project Wetback (US, 1954) have been kept out of our history books and thus remain unrevealed to the public and consequently our students. The one-sided narratives, the askew, curated facts, are much more than plot holes in our history books; they are erasures because they do not tell our side of the story in the development of our country. That’s what made me want to write books that bring our history of social injustices against Mexicans and Mexican Americans in this country to light. I believe it is my responsibility as a US citizen to write books that elucidate us. These books and the light they shed on hidden histories can inform conversations about our present political climate so that we can start working toward creating a better future for ourselves, our children, and our children’s children.

All the Stars Denied is about “repatriation,” the forced deportation of hundreds of thousands of Mexican Americans during the Great Depression. Did you always know about this episode in American history? If not, how did you first discover it?

I did not know about the Repatriation Act; this is something I came across while I was perusing the Library of Congress Online Database of Periodicals, doing research for Shame the Stars. When I learned that in the 1930’s the US/Mexican governments worked together to deport over 1 million Mexicans and Mexican Americans back to Mexico, I knew that I had a sequel [to my book Shame the Stars] on my hands. Just like I know that this family saga is not over. We could conceivably follow the trail of breadcrumbs all the way back to the 1800’s and all the way forward to present time because this history of social injustice against Mexicanos and Mexican-Americans has been there all along. This isn’t new; we just haven’t been exposed to it before.

One of the central plot points of All the Stars Denied is the separation of the main character, Estrella, from members of her family when they are forcibly deported to Mexico. What was it like to see that same issue, family separation, making headlines again as you prepared for this book to come out? 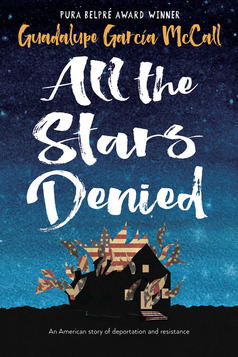 While the present state of affairs in our country, the issues of separation of families and the imprisonment of children, is not something I could have expected I would be addressing with my books, I am not afraid to tie it to my work and speak out against it. I am not particularly brave, as I will admit that I am “fearfully made.” However, I feel I must stand up and speak up, because this is the torch I’ve been handed. My passion, my conviction, these are the things that keep me moving, keep my fingers tapping on the keyboards. I believe in this country. I believe in the good people of this land. This is our time, our opportunity, to shift the course of this river. We just have to commit to compassion, social reform, and change.

Were there any particular facts or events you came across during your research that surprised you or made an impression on you?

Everything shocked me. I was appalled to hear of the forced repatriation, but I was appalled to learn that in the winter of 1931, over two thousand repatriates were being “housed” In a corral behind the customs house in Juarez, across from El Paso, Texas, for months while the Mexican government waited for the train to come in and transport them to the interior of the country. The deplorable conditions led to starvation, illness, disease, and, in the case of many children and elderly, even death. Even more appalling than that, was the fact that during the deportation process, repatriates were made to walk on trays of disinfectant so that they would not infect the livestock on the other side of the Rio Grande. Can you imagine that? These inhumane actions so upset me, I felt compelled to include them in the book. This cycle of social injustices against Mexicans and Mexican Americans in our country must come to a stop. We must learn from our mistakes. 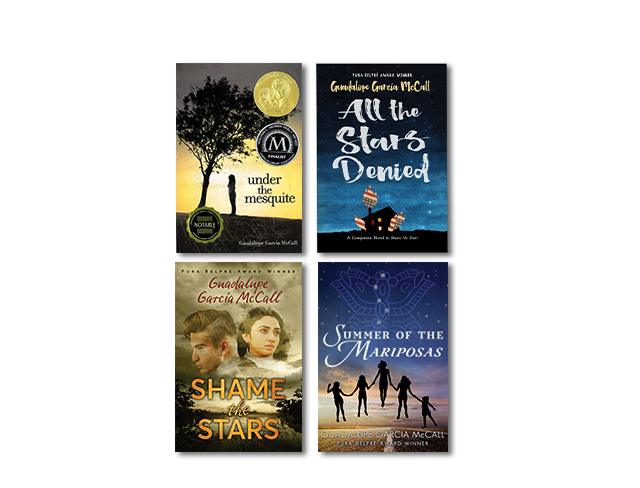 Both of your historical fiction novels have taken place, at least partially, in Texas, where you lived for much of your life. How does Texas inspire or influence your writing?

Texas is at the heart of everything I write, because Texas is where my heart learned to soar. I grew up and learned English in the Texas public school system. Up until a few months ago, Texas and Mexico are all I’ve ever known. I suppose I’ll always be a borderlands child, una hija del rio. I owe it to my family and friends to lift their voices to the world. I can’t forget my roots. I have to write from my heart, and my heart is and always will be in Texas.

Which character from All the Stars Denied do you identify with most and why?

I know what you’re thinking. You think I Identify with Estrella’s mother, Dulceña, because she is so much like me: a loving wife, a devoted mother, a passionate writer (journalist), and a fiery advocate of her people. You would be right to think that, because I do, in a sense, identify with Dulceña. But I am also a child at heart, always learning, always growing, always moving toward the light of hope. In that way, I identify even more with Estrella, the young protagonist of All the Stars Denied. Estrella wants so much to be selfless, to shun pride and privilege, and advocate for social justice and reform, and in that way she is all me. We are the same, Estrella and I, a little lost in the world–always trying to make a difference, even if our efforts are sometimes half-baked, we won’t give up. We can’t. It’s in our nature to hope.

What do you most hope readers take away from All the Stars Denied?

I hope readers will seek to inform themselves about the past, start conversations in their communities about the present political climate in our country, and answer the call to action by moving to creating a better future. It’s possible. ¡Sí se puede!

Who We Are
Requesting Review Copies
Lee & Low Books
END_OF_DOCUMENT_TOKEN_TO_BE_REPLACED