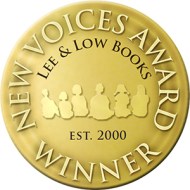 At Lee & Low Books we are always interested in biographies of unsung heroes. Stories of lesser-known individuals who used their talents and overcame obstacles to achieve their dreams and serve their society fill our shelves of published titles. Each year our New Voices Award judges consider dozens of biographical submissions on the lookout for a winning combination of compelling characters and well-researched storytelling. In this blog post, we interviewed Rita Lorraine Hubbard, the 2012 New Voices Award winner, about her biography Hammering for Freedom: The William Lewis Story, which tells the story of William “Bill” Lewis, an enslaved man who earned enough money being a blacksmith and set a daring plan in motion: to free his family.

Good morning Rita! First off, how did you come across our New Voices Writing contest and why did you decide to write about William “Bill” Lewis?
Good morning! It has been a few years, but if I’m not mistaken, I came across the New Voices Writing Contest courtesy of Funds For Writers and editor C. Hope Clark. I had been (and still am) a faithful subscriber and scoured every precious line of that newsletter for every opportunity to get my work out there…and one day Hope wrote about this amazing competition. Thank you, Hope!

I decided to write about William Lewis because I love stories about people who succeed “against the odds.”  I kept encountering William’s name when I was conducting research for my first book, African Americans of Chattanooga. Because his name kept showing up in footnotes and early newspaper articles, I decided to dig deeper. I discovered that not only was he a former slave, he had “rented” himself from his owner, relocated to Chattanooga, and spent decades working and saving money to free himself and his family members. Now, THAT, I decided, was a story worth telling!

What were some of the most interesting facts or tidbits you learned about Bill while working on this story?

I learned just how long and hard this man worked. The nails, horseshoes and tools he hammered only brought him a few pennies or nickels – perhaps $1.25 at the most, and yet he eventually purchased himself, his wife, and his family members for hundreds and/or thousands of dollars. That’s dedication.

I also learned that William encountered and showed kindness to the Andrew’s Raiders who were being held in a local jail; he (William) and his wife received an invitation to Booker T. Washington’s wedding; and William became extremely wealthy buying and selling tobacco for a time.

What were some difficulties you faced in creating this picture book biography?

One of my biggest challenges was making the mental shift from fiction to nonfiction. My original manuscript was a fiction account based loosely upon William’s life and times. I felt fiction wasn’t as demanding and restrictive as nonfiction, and I could simply fill in the parts that were not immediately available to me. Once it was decided that I would re-write this as nonfiction, the challenge was to strip away those fictional elements I had fallen in love with and conduct some deep research that would fill in the gaps about William’s life and how he was able to accomplish the things he did. It wasn’t easy, but it has been so satisfying to put many of the pieces to the puzzle of his life together.

Can you describe the kind of research that goes into creating a nonfiction picture book?

Yes! As I mentioned, I encountered William’s name in a footnote while I was searching for other facts for a book I was writing. Finding his name inspired me to search out the census that he was supposedly mentioned in. I also visited my library’s local history department and perused their clipping files, and it was there that I found a newspaper article featuring William and his family. The man who wrote the article is a very generous historian named John Wilson, who also wrote the local history book, Chattanooga’s Story. Mr. Wilson told me about a box of hand-written notes he had compiled as he researched William and his descendants. He had donated the notes to the local history department and he gave me permission to go through them. This is how I was able to recover the names of William’s children.

My editor, Jessica  also guided me toward several local and/or regional historians who helped us answer questions about the cost of services in the early- to mid-1800s, and how enslaved people like William who moved away from his “owner” might have been managed in the 1800s.

In the meantime, I have an old website about African Americans in Chattanooga. I had mentioned William Lewis on this website, including the fact that William had a grandson who moved to France and became a successful conductor. In early 2017, I received an email from a French woman who told me that her great-grandfather was the grandson of William’s grandson (figure that one out…ha!). She and I began an email friendship, and she also filled me in on some of the events in the children and grandchildren’s lives.

Do you have any upcoming projects that we should know about?

Yes! Random House Books will publish my next historical biography in 2019. It’s called The Oldest Student: How Mary Walker Learned to Read, and it’s the story of another former slave who lived in Chattanooga, Tennessee who overcame what seemed like insurmountable odds.

Hammering for Freedom: The William Lewis Story is now available for purchase here.

Who We Are
Requesting Review Copies
Lee & Low Books
END_OF_DOCUMENT_TOKEN_TO_BE_REPLACED