For many years, Native people were silenced and their stories were set aside, hidden, or drowned out. That’s why it’s especially important to read stories about Native characters, told in Native voices. Celebrate Native American Heritage Month with this updated list of books by Native writers: 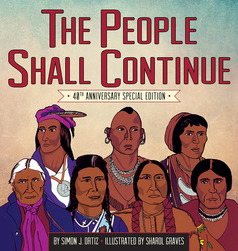 The People Shall Continue by Simon J. Ortiz, illustrated by Sharol Graves – Told in the rhythms of traditional oral narrative, this powerful telling of the history of the Native/Indigenous peoples of North America recounts their story from Creation to the invasion and usurpation of Native lands. 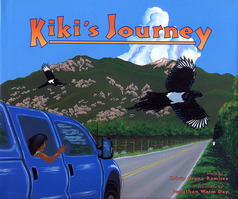 Trail of the Dead by Joseph Bruchac – In the second book of the Killer of Enemies series, Lozen and her family are looking for a place of refuge from the despotic Ones who once held them captive and forced Lozen to hunt genetically engineered monsters. Lozen and her allies travel in search of a valley where she and her family once found refuge, but they discover an unpleasant surprise awaiting them—and a merciless hunter following close behind.

Arrow of Lightning by Joseph Bruchac – In the final book of the Killer of Enemies series, Lozen has been cured of the Enemy Sickness, and her family have gathered a community around them in Valley Where First Light Paints the Cliffs and have begun to rebuild. Lozen knows danger still stalks them and she intends to be ready to defend her people, but she hopes to avoid killing another human being—though gemod monsters are not off the table.

Who We Are
Requesting Review Copies
Lee & Low Books
END_OF_DOCUMENT_TOKEN_TO_BE_REPLACED