Synopsis: Born in 1905, Anna May Wong spent her childhood 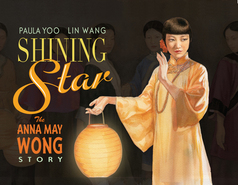 working in her family’s laundry in Los Angeles’s Chinatown. Whenever she could afford it, Anna May slipped off to the movies, escaping to a world of adventure, glamour, and excitement. After seeing a movie being filmed in her neighborhood, young Anna May was hooked. She decided she would become a movie star!

Anna May struggled to pursue an acting career in Hollywood in the 1930s. There were very few roles for Asian Americans, and many were demeaning and stereotypical. Anna May made the most of each limited part. She worked hard and always gave her best performance. Finally, after years of unfulfilling roles, Anna May began crusading for more meaningful roles for herself and other Asian American actors.

Anna May Wong—the first Chinese American movie star—was a pioneer of the cinema. Her spirited determination in the face of discrimination is an inspiration to all who must overcome obstacles so that their dreams may come true.

Resources for teaching with Shining Star: 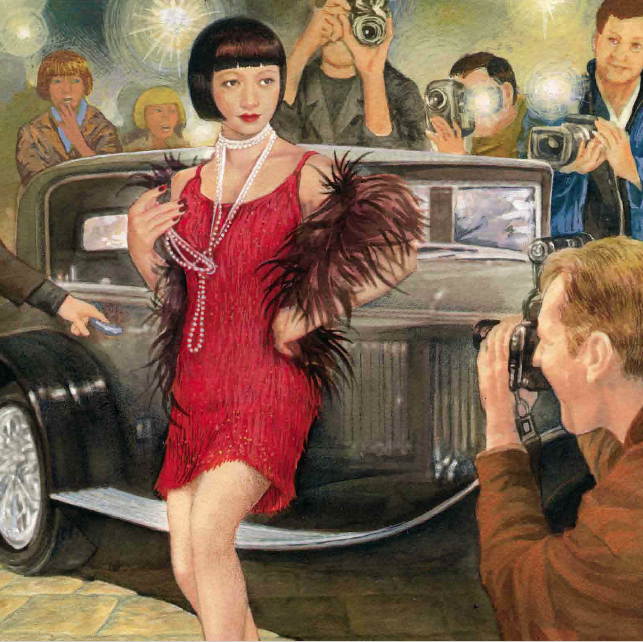 Book Activity: Create your own Hollywood Movie Star from Reading to Kids.

Have you used Shining Star? Let us know in the comments!

Celebrate with us! Check out the Lee & Low 25 Years Anniversary Collection.

Veronica has a degree from Mount Saint Mary College and joined LEE & LOW in the fall of 2014. She has a background in education and holds a New York State childhood education (1-6) and students with disabilities (1-6) certification. When she’s not wondering around New York City, you can find her hiking with her dog Milo in her hometown in the Hudson Valley, NY.

One thought on “Celebrating 25 Books Over 25 Years: Shining Star”

Who We Are
Requesting Review Copies
Lee & Low Books
END_OF_DOCUMENT_TOKEN_TO_BE_REPLACED