Submitting an original manuscript to a contest can cause conflicting emotions. You may be excited about the possibility of publication, but weary about having your work evaluated by professionals. You may ask yourself: What does it mean if I don’t win? What does that say about my story? These are questions that all writers (even New Voices Award winners) have asked themselves at some point. To ease your apprehension, we interviewed three Lee & Low Books authors whose stories were discovered through the New Voices Award contest but did not win the award.

That’s right. These writers submitted their manuscripts, didn’t win, but were still published. Authors Debbie Taylor (Sweet Music in Harlem), G. Neri (Yummy: The Last Days of a Southside Shorty), and LaTisha Redding (Calling the Water Drum) have shared their experiences on the path to publication as well as some inspiring words to help you seal and send that envelope with confidence!

Debbie Taylor: I was inspired by Art Kane’s famous photograph, Jazz Musicians 1958. My husband is an avid jazz fan and quite the expert. He was delighted when I bought him a black tee shirt featuring the famous photograph. He could name every musician, their instruments, jazz styles, and could relate details of their personal lives.  However, when I asked who the children sitting on the curb might be, he had no clue. I remember asking out loud, “I wonder what those children thought about having all those stars in their neighborhood?” I set out to write a story that incorporated the musicians featured in the photograph. The rich history of the photograph led to some exciting ideas.

I was familiar with many Lee & Low Books and had also read interviews written by two of the editors. I submitted the manuscript and another story to the New Voices Award in September of 2001. Like many folks, I was shocked and saddened by the tragedy of September 11. I remember feeling helpless and depressed, but I also realized that it was useless to wring my hands and weep. So I decided to submit the manuscript to the New Voices Award contest as an affirmation of life and hope.

G. Neri: Yummy came about from a week-long school visit in South Central Los Angeles. It was after the riots, during a gang war that consumed the area. The kids I was working with were so hardened by the events, nothing seemed to phase them. They had been so weighed down by tragedy, nobody was talking. But when we came across the real life story of a kid named Yummy Sandifer, his sad tale made everyone sit up and talk. The discussion of gangs and kids dying led to them opening up about their own hard lives. I was working with gangbangers and trying to rehab them. Me telling them to leave the gangs was meaningless but if I could find a way to show them Yummy’s story, it might scare them straight. I started writing and since the kids I was working with were 7-10 year old non-readers, I wrote it as a picture book. Shortly after that, I met Paula Yoo, who’d just won the New Voices Award. Since I was looking for a way to get this published, she encouraged me to submit.

LaTisha Redding: The memories of my childhood Haitian friends inspired me to write Calling the Water Drum. My friends were new to the United States, navigating a new language, culture and environment. When I wrote this story, I wanted to explore that journey from a child’s perspective. So often stories are told from the point of view of the adult. Adult sacrifices and adult struggles. Children sacrifice and struggle, too, and they don’t have the vocabulary to articulate that experience.

As for submitting my story to New Voices Award, initially, I wasn’t sure where to submit it. Although I knew of Lee & Low, the contest wasn’t on my radar. So after I wrote it, I put it away. Months later, while browsing another writer’s website, it mentioned the New Voices Award and that the deadline was two weeks away. That’s when I remembered my story. I revised it several times and submitted it.

DT: It was simply thrilling. The e-mail arrived with the subject line “On A Harlem Morning” and “Back Door Sugar.” I was informed that neither of my submissions was selected as a New Voices Award winner or finalist, but there was interest in developing the manuscripts if I was willing to revise them. I felt like I had won the contest. Instead of being disappointed, I was excited at the opportunity to work with an editor, Jennifer Hunt. I was thrilled, eager, and only slightly apprehensive.

I realized it was a once-in-a-lifetime opportunity. I was pleased that someone recognized the value of the work. I immediately committed to doing whatever was necessary to get the manuscripts ready to resubmit. After months of revision, “Sweet Music in Harlem” was the result. (My other submission, “Back Door Sugar” was eventually published by Cricket Magazine.)

GN: Jennifer Fox contacted me to say that I didn’t win, BUT they’d loved the story. They just felt the format was too young and if I ever considered writing it for an older teen audience, they would definitely be interested. I said I had something and sent them the graphic novel script. Even though they had never done a graphic novel, they connected strongly to the story and a few weeks later, we were off and running.

LR: It was the most exquisite feeling! This picture book is the first story I have ever had published. Like most writers, I had dreamed of the day I would be published with no idea of when it would happen. I didn’t win the Award, so when I received the letter still expressing interest in the story, it surprised me. I read it over and over again, thinking I had misread it. Thankfully, I had read it correctly. I still get excited when I think about that moment. I am deeply grateful to my editor, Jessica, for her insight and guidance. She is a joy to work with and her edits deepened and enriched Calling the Water Drum beyond my expectations.

3. What is something surprising you learned while preparing your story for publication?

DT: I learned the value of story boarding and making multiple dummy books. Making the dummy book revealed the rhythm of the story and allowed me to balance the text.   I was surprised at the level of investment from my editor. I had expected to revise the work and make changes throughout, but I had not really expected her thorough critiques and her guidance. It was evident that she wanted the book to be a masterpiece. It was like realizing your child’s track coach really wanted your child to achieve his/her personal best.

GN: A funny thing happened while I waited for a response from the competition. A friend was making a graphic novel and showed me the script for his project. Before illustrations, it looked just like a movie script. I had come out of movies and in fact, the first version of Yummy was written as a screenplay. When I saw that, I realized comics were even a better way to go and could reach older ages as well. The format was very cinematic and would appeal to non-readers. I quickly translated my script to a graphic novel and the rest is history.

LR: Two things, actually. First, it surprised me how much additional room was needed for the visual storytelling. When I wrote it, I didn’t think of it from a visual standpoint. For me, the words are the story. But, of course, there’s so much more. The illustrations tell the story just as much as the words and breathe real life into it.

Second, I discovered that with collaboration and publication, what I had considered “my story” was no longer mine, which is as it should be. It belongs to the readers. I knew that intellectually and the publication process has allowed me to experience it.

DT: Use fresh, evocative language to tell a compelling story. Take time to find the right word for each line. Review the manuscript as objectively as possible.

I would also suggest that writers make a simple dummy book, allow trusted friends or critique group members to review the manuscript and make certain to follow submission instructions. Accept that your story is an important one. Take full advantage of this opportunity to have your work seriously considered by Lee & Low.   Once you have submitted the manuscript, congratulate yourself for taking that important step and start working on another manuscript.

GN: Go for it. Write something fresh and from today. Be innovative and tell stories no one else is telling. If you’re a new voice, let yourself be heard!

LR: Write the story in your heart. Write what moves you, the story that whispers to you in quiet, ‘in-between’ moments, and let it spill out on the page. Don’t be afraid that your story is too heavy or worry that children won’t understand it. Write it and revise it and submit it. You never know what may happen.

With those final words of encouragement and inspiration, we’d like to wish every writer participating in this year’s New Voices Award the best of luck! We look forward to reading your stories! 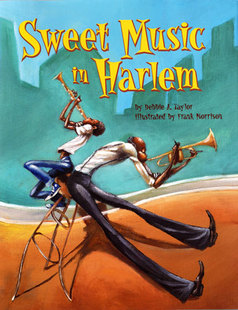 Yummy: The Last Days of a Southside Shorty by Greg Neri is available now! Purchase the book here.

Calling the Water Drum by LaTisha Redding will be available soon! Purchase the book here.

Who We Are
Requesting Review Copies
Lee & Low Books
END_OF_DOCUMENT_TOKEN_TO_BE_REPLACED