Last month we announced the six finalists for our 2015 New Visions Award. The Award recognizes a middle grade or young adult novel in the sci-fi, fantasy, or mystery genres by an unpublished author of color (our first New Visions Award winner, Ink and Ashes, will be released this June!).

As our award committee gets to know the finalists through their novels, we wanted to give our blog readers a chance to get to know these talented writers as well. We asked each finalist some questions. Here, authors Grace Rowe and Andrea Wang answer:

Tell us about your main character in your novel.

Mi Sun Lee is a sixteen-year old Korean American girl who loves Skatewing and eating chocolate Heliotwixes.  She grew up in the Crates, a community of extremely poor working class people, and was raised by her adoptive parents, Agnes and Poplar.  Mi Sun is a tomboy at heart, and she has the normal self-doubts and insecurities of most teenage girls.  She’s a hacker; she consults for the Dinenuts, an elite group of child hackers, who mostly wreak net havoc for fun.  She’s pretty but that’s not important to her– she’s more focused on her main goal, which is to do whatever she can to help her parents get out of the Crates.  One of her weaknesses is also her strength– she often doesn’t know how to hold back what she’s thinking, which can get her noticed, but can also get her in to trouble.  She’s a terrible liar, a pretty ingenious escape artist, loves to eat real food (not synthetic), and hates wearing stilettos.  Her dream was to become a professional Skatewing player, but since women aren’t allowed to play in the league, she just plays it online instead.  Mi Sun has no interest in “Pure Descent,” in which she is one of the contestants, but as time goes by, she can’t help but be seduced by some of the perks that come with being considered “Pure.”  She’s definitely not perfect– she falls for boys too easily, has issues with authority, and breaks the law because she knows how to do it without getting caught.  Yet she has good motives and she’s brave and follows her instincts, which is why I think (and hope) we continue to follow her.

What is your writing process? What techniques do you use to get past writer’s block?
Fortunately, it’s rare that I have writer’s block.  It’s not that I don’t have problems trying to figure out how a story should go, or how a story should end, it’s just that it’s my nature to tackle those problems with a whip so I don’t linger in the misery.  This is the first novel I’ve written– I’m primarily a screenwriter.  I had to discipline myself when I started this book, so I’d make myself write at least ten pages a day before I did anything else.  (Besides eat breakfast!)  Unlike with some screenplays that I’ve written, I didn’t have a real outline– I just started writing the voices and thoughts as they came to me.  As I got farther in to the book, I forced myself to outline because I thought it was getting too long without a structure, and I know that’s what sometimes turns me off when I read a book.  But I like the feeling of writing freely, not knowing what’s going to come next— just following your characters in their story.  Their choices are what drives the plot– at least the subplots.  The main idea always comes to me first, and as a filmmaker I can’t help but think of it as a movie.

Recently, there’s been quite a lot of debate over the idea of readers who choose to take a break from books written by a certain group, such as white male authors. What’s your take on this?
People are busy, so I can understand why they would be picky about the books they read. I’ve never consciously taken a break from writers based on their ethnicity or gender, but I can say that I’m probably more drawn to read books from female authors, especially when it comes to fiction.  Most times that’s merely because they tend to have female protagonists, although obviously there are plenty of male authors who write about women and vice versa.  Maybe it’s because so many of the great t.v. shows and movies I watch tend to have men as their main protagonists, I often crave stories with women as the main characters.  I don’t think it’s bad, I think it’s just a preference.

What are your favorite books or writers in the same genre as your manuscript, and why?
I know it’s ubiquitous, but as far as similar genres, nothing’s moved me as much as The Hunger Games.  I think what makes it stand out from all the other books I’ve read in this genre, is that I feel like I really know who Katniss is.  The task of making a character truly believable is more difficult than it sounds.  I think it’s true that the more specific you are, the more universal you are.  The best writers always find the nuances of a character and they don’t coddle them.  They let their characters get in to trouble.  They let them make mistakes.  Their characters aren’t generic.

Andrea Wang, “Eco-Agent Owen Chang”
Tell us a little about the main character in your novel.

Owen is a 12-year-old self-described animal geek. He’s also a covert eco-agent for ORCA, an environmental spy agency. He’s snarky, self-assured, and always trying to shake off his pesky little brother. When he’s not out investigating, Owen can be found watching nature shows or tending to the reptiles and amphibians in his mom’s lab (she’s a herpetologist). While being Chinese-American informs Owen’s experience, he doesn’t consider himself to be “other” based on his ethnicity. What he believes sets him apart is his job as an eco-agent and he’s both proud and fiercely protective of his secret identity.

What advice would you give your younger self about writing?
I was always told that writing was not a viable career choice. I set writing aside to study science, which my parents deemed to be more practical. I don’t completely regret it because I love science too, but I wish that I’d had the guts to study both science and creative writing. Later, when I was working, I would occasionally write in my spare time but it never occurred to me to try and publish anything. It took the constant encouragement of my husband and a good friend who was also beginning her writing journey to persuade me to take writing seriously. So I’d tell my younger self that writing is a worthwhile pursuit and that it is possible to have a career in writing, but also not to angst over choosing a different path. Because writing will always be there when you’re ready to undertake it, and whatever experiences you’ve had in the meantime will just enrich your work.

What is your writing process? What techniques do you use to get past writer’s block?
I have a number of notebooks where I jot down ideas and notes on plots, characters, scenes, research, etc. I have one notebook for picture book ideas, and then separate notebooks for each novel. When I feel like I have enough material to work with, I sit down and develop an outline. I like to have a detailed chapter summary to guide me as I write. Having an outline is especially helpful for writing mysteries, so I can plan out where to introduce suspects, place clues, and insert red herrings. It also helps me move past writer’s block because I don’t feel like I have to write the scenes in order. I can look at the chapter summary and the ideas in the notebook, pick a scene that interests me at that moment, and start writing it. Hopefully, I can keep up the momentum and continue writing forward from there. I use Scrivener, so it’s easy to move the scenes around and stitch them together later. I also give myself deadlines or challenges so I have to sit down and produce something – the New Visions Award contest was one such deadline!

Recently, there’s been quite a lot of debate over the idea of readers who choose to take a break from books written by a certain group, such as white male authors. What’s your take on this?
If someone feels like they need to “force” themselves to read more diverse books by taking such a break, that’s fine with me. I’m all for reading books that are outside your comfort zone or told from an 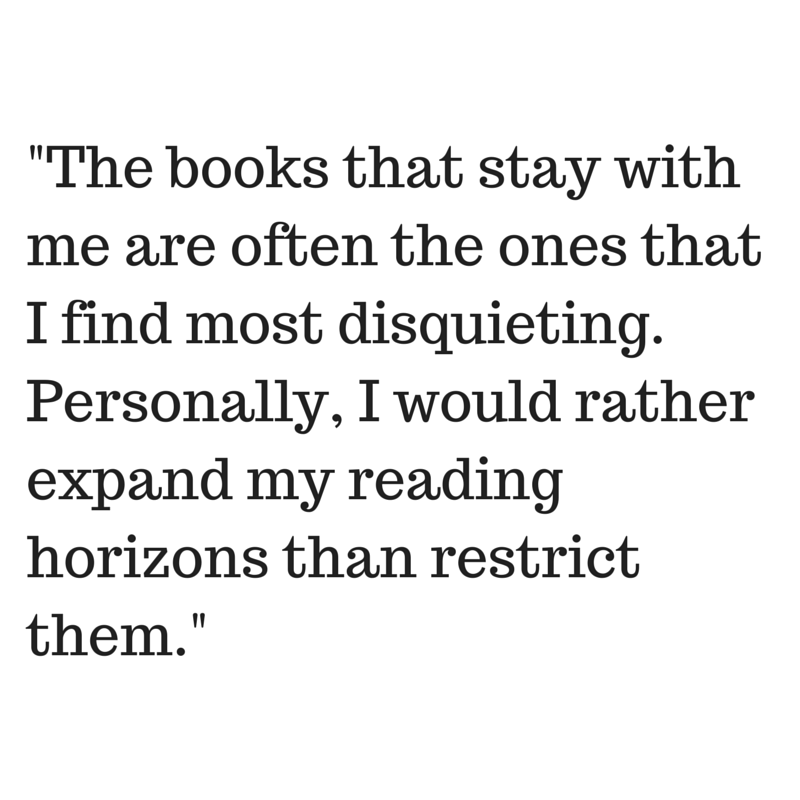 unfamiliar perspective. The books that stay with me are often the ones that I find most disquieting. Personally, I would rather expand my reading horizons than restrict it. I’m trying to become a more mindful reader, as Sunili Govinnage encouraged in her article – to be more aware of the choices I’m making when selecting reading material. What’s wonderful about the current debate is that it’s calling attention to the work of talented, diverse, authors and there are now great lists of diverse books that we can all take to the bookstore or library.

What are your favorite books or writers in the same genre as your manuscript, and why?
I love the mysteries by Blue Balliett, especially The Wright 3. The way that she’s able to meld art, architecture, math, and codes in a suspenseful mystery is amazing. Elise Broach’s Masterpiece and Shakespeare’s Secret are also my favorites for many of the same reasons. I grew up watching martial arts and James Bond movies and I read all of Ian Fleming’s Bond books in high school. The Young Bond series by Charlie Higson and the CHERUB series by Robert Muchamore take me back to those times. Before I began writing seriously, I was an environmental consultant. The books by Carl Hiaassen (Hoot, Flush, Scat) and the Swindle series by Gordon Korman really appeal to the scientist and nature lover in me. All of these books became my mentor texts for Eco-Agent Owen Chang: The Missing Murder.

3 thoughts on “Meet Our New Visions Awards Finalists: Part I”

Who We Are
Requesting Review Copies
Lee & Low Books
END_OF_DOCUMENT_TOKEN_TO_BE_REPLACED