The temperatures across the USA are freezing, but we’re offering you a chance to take a (literary) vacation from the polar vortex . . . to Puerto Rico! Released this past fall, Parrots Over Puerto Rico takes readers above the treetops of Puerto Rico and delves into the history of this unique parrot. Once abundant, they almost became extinct due to centuries of foreign exploration and occupation, development, and habitat destruction. Luckily, the parrots were saved thanks to the efforts of the scientists of the Puerto Rican Parrot Recovery Program (PRPRP) and they have continued to thrive since!

We interviewed Susan L. Roth and Cindy Trumbore to get a better sense of the research and creativity that went into writing and illustrating Parrots Over Puerto Rico. Below is an excerpt from their BookTalk:

Can you tell us a little bit about the research you did for this book? How long did you research before beginning to write?

Susan L. Roth & Cindy Trumbore: We did print research for about three months before showing the manuscript to Louise May, our editor. Louise’s questions sent us deeper into many of the texts to find answers. Getting the timeline for the parrots and people parts of the text to advance at the same rate on each spread, which also required finding parallels between the bird and human stories, was especially tricky and required quite a lot of research.

In Puerto Rico, we spent a day in museums and El Morro Fort in San Juan to do the visual research for the lower part of the illustrations, which show the history of Puerto Rico. Next we spent a day hiking in El Yunque, taking photos madly, and then we interviewed the two scientists who were our consultants on the part of the text that is about the parrots. Those interviews gave us details and views we could never have found in print. For example, we got to see the tiny protective jacket that a Hispaniolan parrot wears during hawk aversion training for the Puerto Rican parrots. We also got to see the flight cages, nesting boxes, and parrots at the Río Abajo aviary.

Can you share with us a highlight or funny anecdote from your research trip to Puerto Rico?

CT: For me, the highlight of the trip came at the Río Abajo aviary when the manager, Ricardo Valentín, pointed overhead and said, “Look!” Three of their released birds, a mated pair and a fledgling, were flying overhead. Puerto Rican parrots are still among the rarest birds in the world, so it was thrilling to see three of them. And I think it’s funny that Susan put a view of us in our rain gear from El Yunque—it rained about every forty-five minutes the day we spent there—in the last illustration in the book. 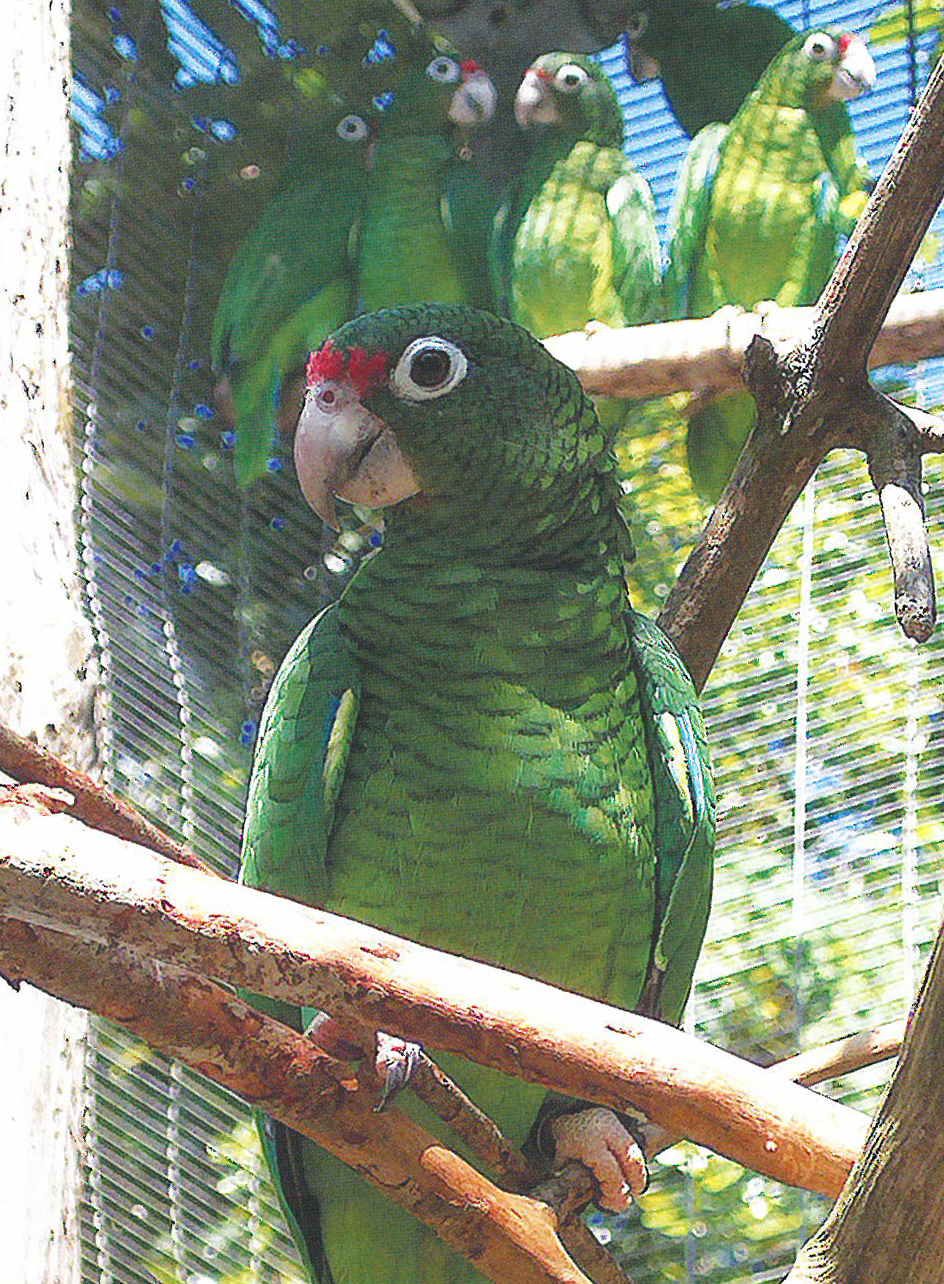 SLR: We met Ricardo in his office with a tame Hispaniolan parrot sitting on his hand. This was his special treat, just for us, so that we could see a real parrot, close up. Realizing this bird was not on a leash, I hung back, suspicious and uncomfortable. If it had been a mouse I certainly would have been standing on a chair.

Ricardo spoke to the parrot and I suppose it was responding when it lifted up a wing, causing me to shriek (involuntarily, of course).

Cindy was mortified to be associated with such a city person. “SUSAN!” she said (read: For CRYING out loud, shut up!).

Ricardo just laughed, patted the bird’s beautiful feathers, and told the bird not to worry. “She’s just a scaredy cat, not a real cat, no problemo, chico.”

Who We Are
Requesting Review Copies
Lee & Low Books
END_OF_DOCUMENT_TOKEN_TO_BE_REPLACED