With Mother’s Day coming up next month, we’ve been thinking about mothers in books. There are plenty of mothers in picture books, but they are rarely involved in children’s novels; I remember reading an essay by Catherine Gilbert Murdock (sadly, I can’t find it online—it was in the March 2009 Horn Book Magazine) in which she argued that mothers are just too protective and too likely to take over, denying the kids their adventures. There’s a crossover novel, Boneshaker, in which a teenage boy goes into a zombie-infested city to discover the truth about his father and grandmother. His mother goes in after him. It’s really her book. To have their own books, children often are orphaned, or go to boarding school, or run away to the Metropolitan Museum of Art. 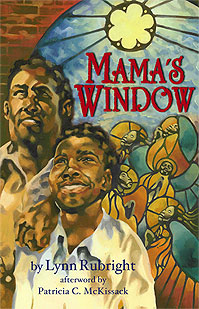 But the interesting thing is that even when the mother is absent, she is loved. Think about Harry Potter: he never stops thinking about his mother, whom he can barely remember. Or one of our books, Mama’s Window—Sugar’s mother has died, but Sugar fights to keep her dream alive. Or one of my childhood favorites, Angel Child, Dragon Child, in which the children have moved to the United States but their mother is staying in Vietnam until they can raise the money for her to join them. The little girl has a photo of her mother, kept safe in a matchbox and nestled beside the crayons in her desk.

What books make you think of mothers, whether she’s present in the story or not?

Who We Are
Requesting Review Copies
Lee & Low Books
END_OF_DOCUMENT_TOKEN_TO_BE_REPLACED