The American Library Association Annual Conference is in a few weeks, and we’re so excited to be back! The conference will take place in Washington, D.C. at the Washington Convention Center, and our books and signings will be at Booth #1614!

See below for our signing schedule, as well as other events that our authors and illustrators will be participating in:

END_OF_DOCUMENT_TOKEN_TO_BE_REPLACED 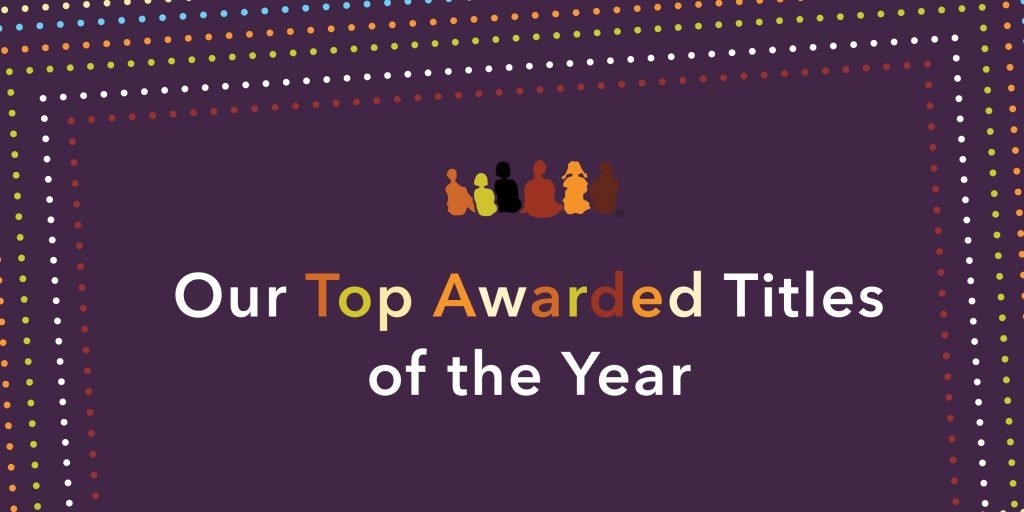 It’s already the end of the year! A time to look back on the accomplishments and achievements earned in 2019. We have a lot to celebrate including the new titles that hit the shelves this year as well as the new authors who are putting their voices and stories to the forefront. For this blog post, we wanted to take the time to recognize some of our top-awarded  titles of the year! END_OF_DOCUMENT_TOKEN_TO_BE_REPLACED 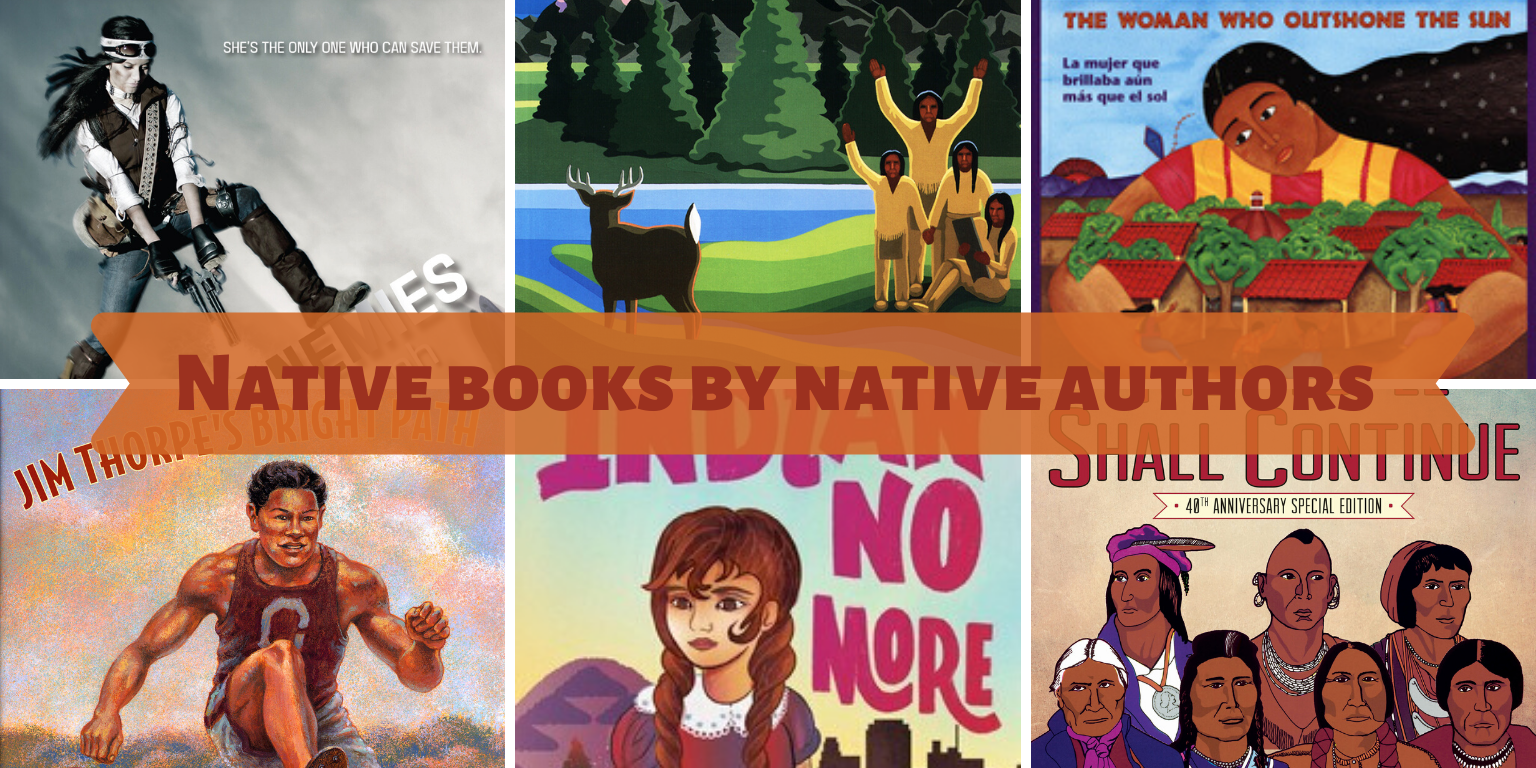 November is Native American Heritage Month, which started at the turn of the century as “an effort to gain a day of recognition for the significant contributions the first Americans made to the establishment and growth of the U.S.” and in 1990, evolved into a month of celebration and appreciation.

For many years, Native people have been silenced, their stories set aside, hidden, or drowned out. That’s why it’s especially important to read stories about Native characters, told in Native voices. Celebrate Native American Heritage Month with this updated list of books by Native authors:

END_OF_DOCUMENT_TOKEN_TO_BE_REPLACED 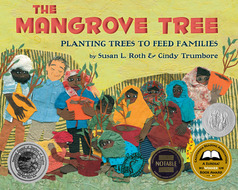 Last November, shortly after receiving the paperback version of the Jane Addams award-winning The Mangrove Tree, Susan Roth received an unexpected email. It was from Fathima Toprawalla, who has been a director of a Montessori preschool in Calgary, Canada for the last six years. Last year Fathima decided to create a brand-new preschool with the intention that each student would be able to grow a plant or tree of his or her own.  And her special wish was to name her new school The Mangrove Tree Preschool, for the book that she found inspirational for herself as well as for her young students.

END_OF_DOCUMENT_TOKEN_TO_BE_REPLACED

It’s that time of year again! The annual American Library Association conference is in just a few days and we would love to meet you! If you will be in Washington DC this year, come visit us in booth #1451 where we’ll give away ARCs, bookmarks, posters, postcards, and other free swag!

END_OF_DOCUMENT_TOKEN_TO_BE_REPLACED

The award-winning picture book Crossing Bok Chitto captured the strength, bravery, and heart of the Choctaw Nation as they helped enslaved people find their way to freedom. Set to be released at the end of this month, Stone River Crossing (Tu Books) by acclaimed Choctaw storyteller Tim Tingle, is the new middle grade expansion that illuminates a snapshot of Native and African American history, reminding readers that the strongest bridge between cultures is friendship.

Martha Tom knows better than to cross the Bok Chitto River to pick blackberries. The Bok Chitto is the only border between her town in the Choctaw Nation and the slave-owning plantation in Mississippi territory. The slave owners could catch her, too. What was she thinking? But crossing the river brings a surprise friendship with Lil Mo, a boy who is enslaved on the other side. When Lil Mo discovers that his mother is about to be sold and the rest of his family left behind. But Martha Tom has the answer: cross the Bok Chitto and become free.

Crossing to freedom with his family seems impossible with slave catchers roaming, but then there is a miracle—a magical night where things become unseen and souls walk on water. By morning, Lil Mo discovers he has entered a completely new world of tradition, community, and . . . a little magic. But as Lil Mo’s family adjusts to their new life, danger waits just around the corner.

END_OF_DOCUMENT_TOKEN_TO_BE_REPLACED 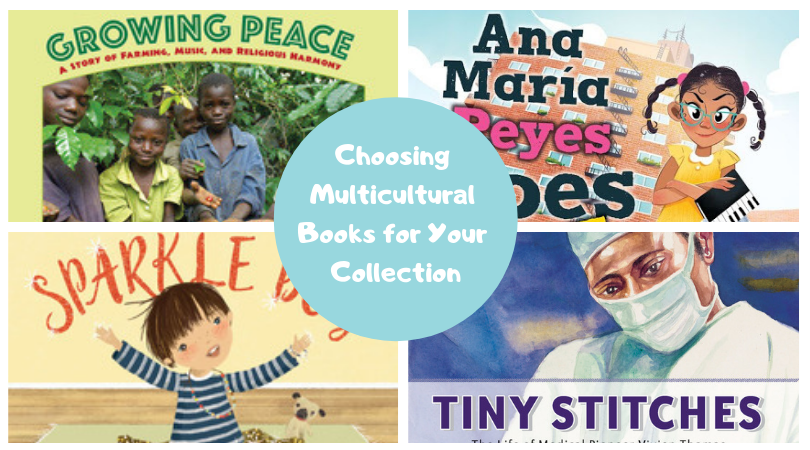 At Lee & Low Books, our mission is to publish multicultural books that are “about everyone, for everyone.” We’ve published stories for nearly 30 years that highlight people of different backgrounds, cultures, and abilities, and we make a special effort to work with authors and illustrators of color.

With the increase in diverse books being published, one question that comes up a lot when we’re talking to people is “How do I choose good multicultural books?” It is important to choose not just diverse books, but books that are culturally authentic, engaging, and free from problematic stereotypes.

END_OF_DOCUMENT_TOKEN_TO_BE_REPLACED

From the TV show The Walking Dead to YA books Warm Bodies and Rot and Ruin, zombies are a huge part of pop culture. Lee & Low is excited to add to the zombie narrative with our upcoming picture book, Zombies Don’t Eat Veggies!, by debut husband and wife team Megan and Jorge Lacera! 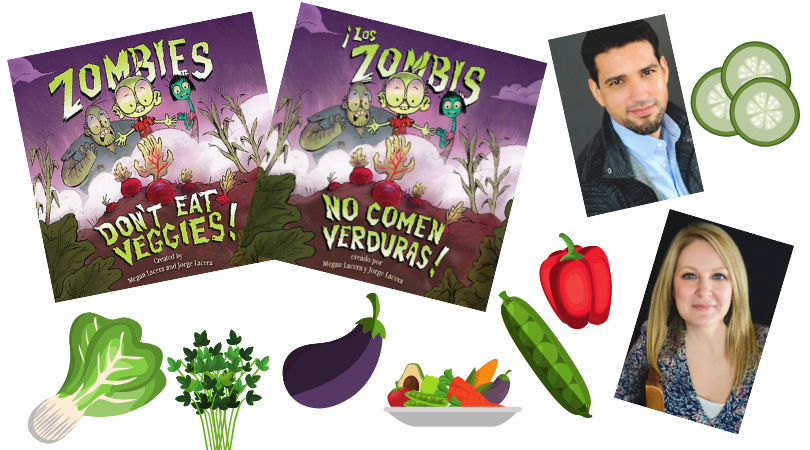 Coming April 2019 in both English and Spanish, Zombies Don’t Eat Veggies! is about Mo Romero, a zombie who loves nothing more than growing, cooking, and eating vegetables. The problem? Mo’s parents insist that their niño eat only zombie cuisine, like arm-panadas and finger foods. They tell Mo over and over that zombies don’t eat veggies. But Mo can’t imagine a lifetime of just eating zombie food and giving up his veggies. As he questions his own zombie identity, Mo tries his best to convince his parents to give peas a chance. We chatted with Megan and Jorge about creating their first picture book together and where they got their inspiration from.

END_OF_DOCUMENT_TOKEN_TO_BE_REPLACED

Released this past January in both English and Spanish, Malala Yousafzai: Warrior with Words is the picture book biography of the amazing Nobel Peace Prize winner and brave, outspoken girl who continues to fight for the millions of children worldwide who are not able to go to school. In this interview for Women’s History Month, we chatted with author Karen Leggett Abouraya and illustrator Susan L.  Roth about their inspiration for the book and the women they look up to: 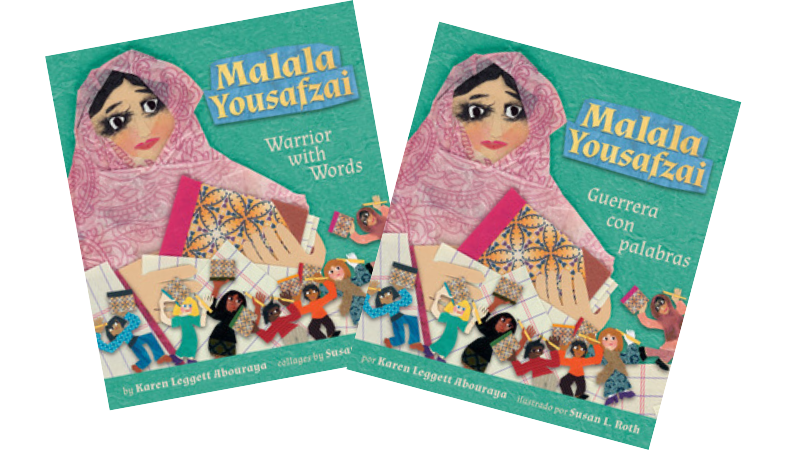 END_OF_DOCUMENT_TOKEN_TO_BE_REPLACED

Gauri Manglik and Sadaf Siddique, co-founders of the South Asian book blog KitaabWorld, wrote this guest post on how to tackle Islamophobia with children’s literature. 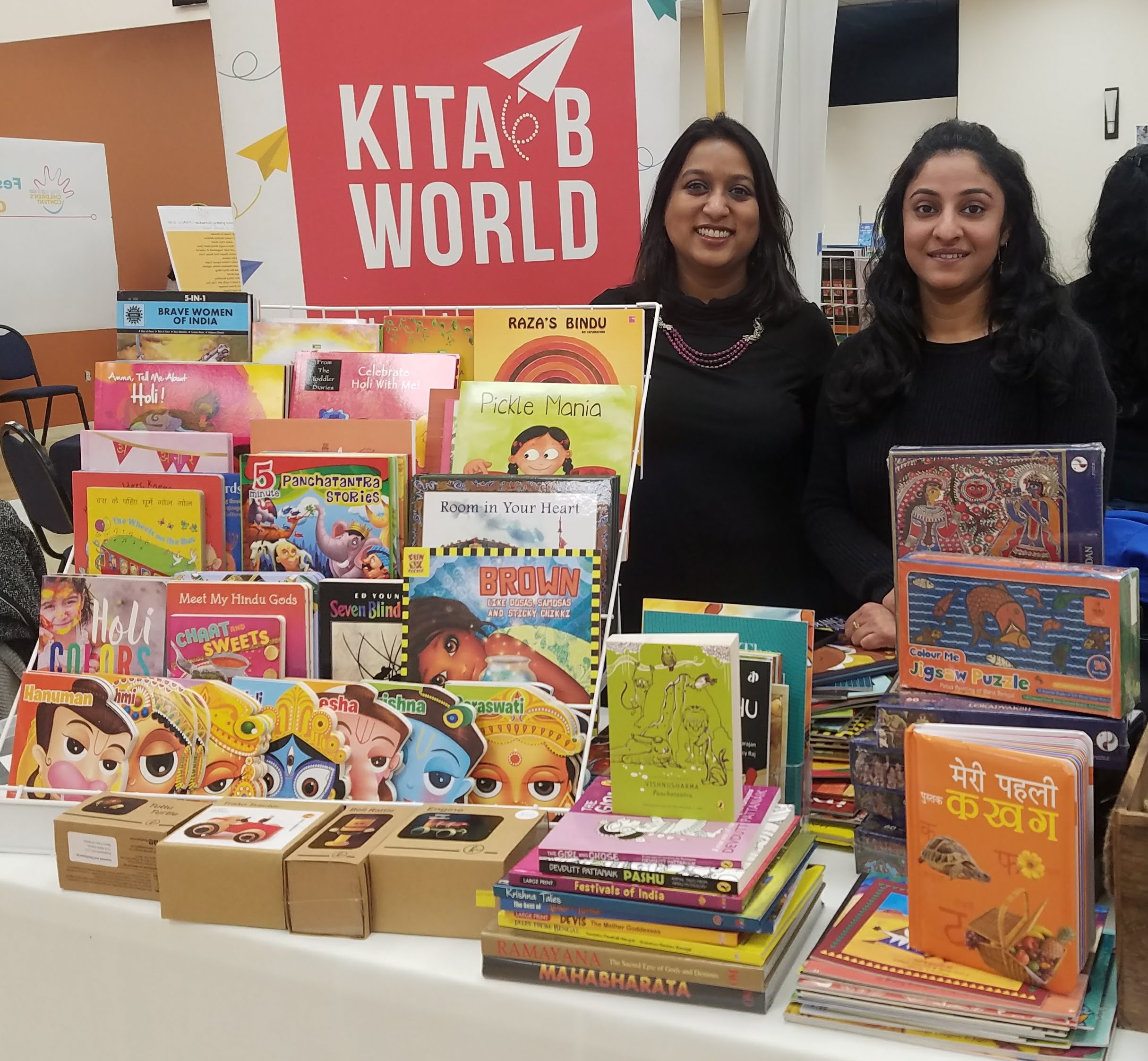 END_OF_DOCUMENT_TOKEN_TO_BE_REPLACED

Who We Are
Requesting Review Copies
Lee & Low Books
END_OF_DOCUMENT_TOKEN_TO_BE_REPLACED