Today, we’re so excited to celebrate the release of our new picture book biography, She Was the First!: The Trailblazing Life of Shirley Chisholm, written by Katheryn Russell-Brown and illustrated by Eric Velasquez.

Shirley Chisholm, a woman of many firsts, was an unforgettable political trailblazer, a candidate of the people and “catalyst of change” who opened the door for women in the political arena and for the first Black president of the United States. 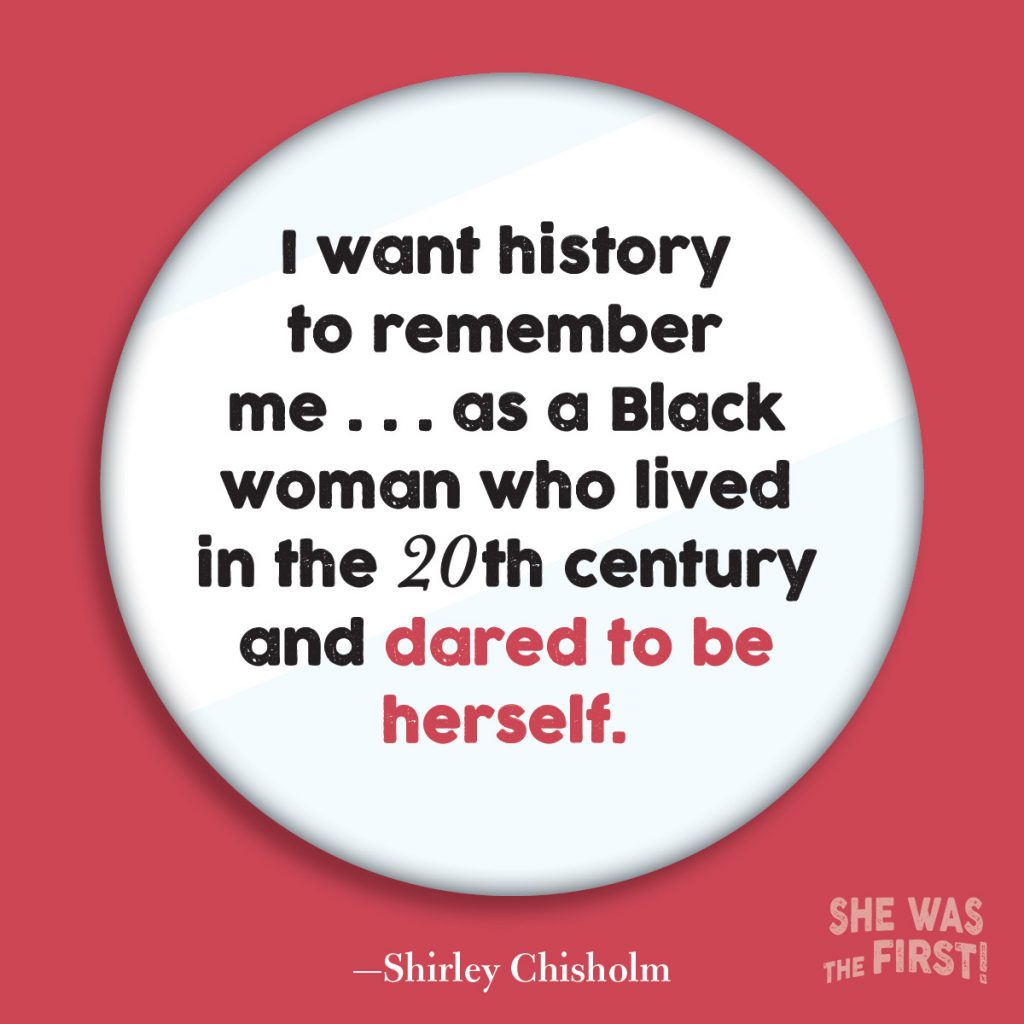 Even as a young child growing up in the 1920s, Shirley Chisholm was a leader. At the age of three, older children were already following her lead in their Brooklyn neighborhood.

As a student at Brooklyn College, Shirley could outtalk anyone who opposed her on the debate team. After graduating, she used her voice and leadership to fight for educational change. In community groups, she stood up for the rights of women and minorities. Her small stature and fiery determination often took people by surprise. But they listened.

Shirley Chisholm was determined to use her voice to fight for marginalized communities. Her activism paved the way for many future movements, and her leadership made space for those who came after her.

Here’s some discussion questions and activities for kids to use with She Was the First!:

Find more discussion questions and activities in our Teacher’s Guide for She Was the First!

Want a chance to win a copy of She Was the First!? Join us on Instagram this week in celebrating Chisholm’s life and legacy! Share your favorite Shirley Chisholm quote on your Instagram page and tag @leeandlow to be entered to win a copy of our new picture book.

One thought on “Out Today: She Was the First!: The Trailblazing Life of Shirley Chisholm”

Who We Are
Requesting Review Copies
Lee & Low Books
END_OF_DOCUMENT_TOKEN_TO_BE_REPLACED