In this joint guest post, librarian Jane Levitan of

the Martinsburg-Berkeley County Public Libraries and author/illustrator Lulu Delacre give their takes on a quiet event that turned into a great success.

Librarian Jane Levitan: It was the worst of times; it was the best of times.  I admit it.  It was my fault.  Who would schedule an author visit the day before Easter?  Me.  When I contacted author/illustrator Lulu Delacre and she mentioned that she had a Saturday free, I jumped at the opportunity to host her in our library as part of our El Dia grant.  Realizing my pre-Easter mistake, we spared no opportunity to promote the event. 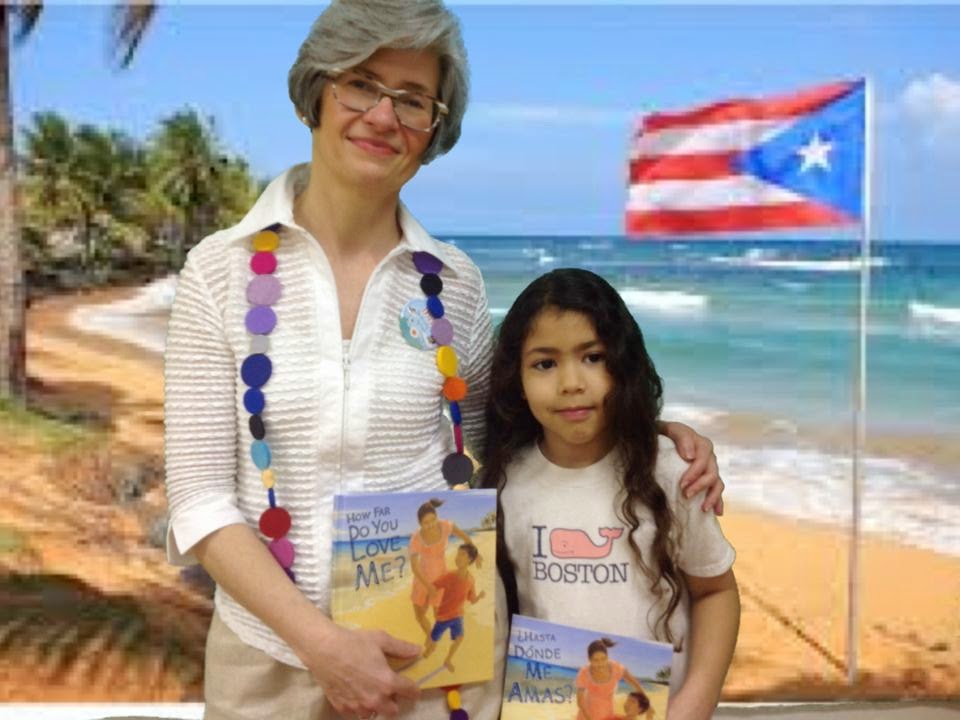 We had advertisements and the FREE book provided by the grant displayed at the circulation desk (including one that literally hit the patrons in the head when checking out), we also used radio, newsletters, Facebook, websites (ours and Lulu’s), personal contacts (ours and Lulu’s again), etc. Still, when the program started it was ill attended.  Lulu, undaunted, presented an engaging session filled with fun, dance, travel and music.  She signed books and the young participants had their pictures taken at their dream worldwide locations via green screen technology.

Then it happened: we looked out the window and there they were—kids in the plaza across the street greeting the Easter Bunny and a few other costumed critters. Lulu launched a full-on musical parade with staff and patrons and serenaded the Bunny and his young friends with Latin instruments. She introduced herself and her FREE books, and did a surprise encore presentation.  Leading the group back to the library, she sang, danced and traveled the world again for a packed audience.

She did not leave until every child received a signed book and posed with her in front of the green screen.  Her favorite background was her native Puerto Rico. The hour program stretched on to four hours. An ill-fated program was now a success. 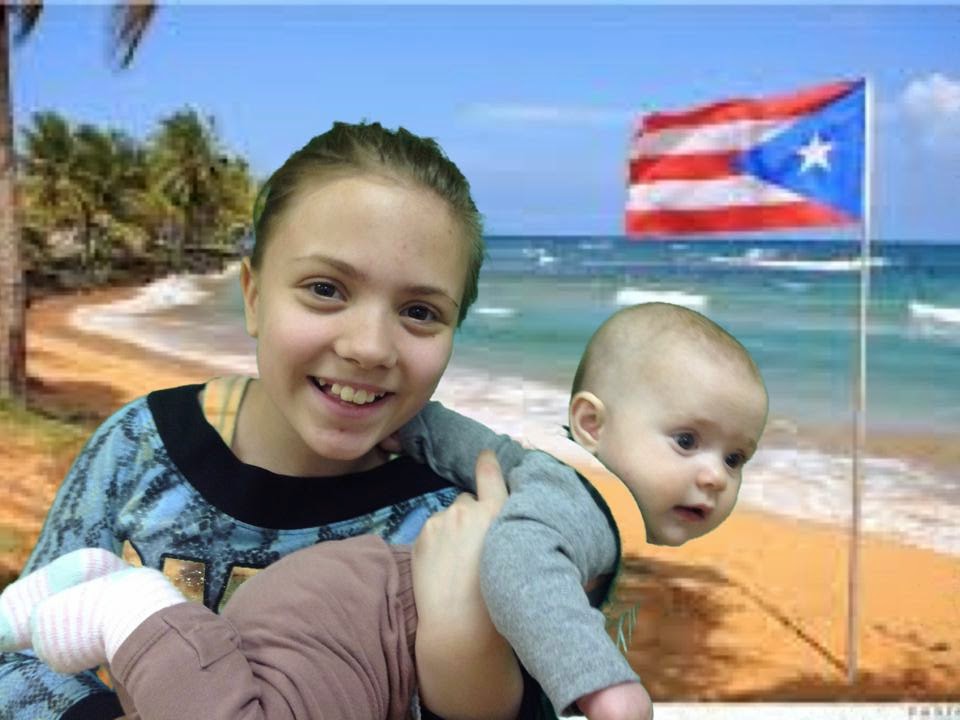 We even issued some cards to new members of our community who were coaxed into the library with the promise of diversity and fun.

The moral of the story? Check the calendar.  Second moral, invite Lulu: she will deliver the best program possible, sometimes twice, including rounding up her own audience.  Did I mention that she wanted the El Dia pin to wear proudly throughout the month?  Third moral, DO NOT compete with the Easter Bunny!

Lulu Delacre: I believe that a good-sized enthusiastic audience has a positive influence on a presenter. I also know that public libraries are at the mercy of circumstances beyond their control. Weather, weekend sports and sudden family plans play a role in attendance to a children’s program. Often, library patrons do not feel the consequences of skipping a free event.

So, it did not catch me by surprise when I arrived the Saturday of Easter weekend at the Martingsburg downtown library to find that six librarians and a handful of children were my only audience. Waiting for latecomers, I sensed heavy disappointment in the room. Still, I delivered the liveliest session I could. What could we have done differently? To whom could we now give the free copies of my book?

After the last game-dance, one librarian suggested to go parade outdoors. I led the group up the street singing De Colores to the rhythms of güiro, maracas and palitos. At the corner I saw dozens of families hovering around the Easter Bunny. They were at the plaza right across from us! Suddenly, the thought of rounding up the kids for an encore program at the library crossed my mind. With the librarians on board to do just that we fanned out to invite all the families to the impromptu session.

How marvelous to see our efforts’ success on the smiling faces of the children as we traveled the world in my program! The kids were as thrilled with the autographed copies of How Far Do You Love Me? as I was to see the change of demeanor in the organizers.
What’s sweeter than an Easter chocolate egg? A gift from your public librarian: a beautiful book for your very own library!

Who We Are
Requesting Review Copies
Lee & Low Books
END_OF_DOCUMENT_TOKEN_TO_BE_REPLACED